Up-close with Sandra Fang: A yoga teacher trying to grow Yoga in Kyoto

Tell us a little about yourself. Where are you from and what originally interested you in coming to Japan? “I’m Chinese Canadian, 10 years ago I moved to Japan from Vancouver because I was accepted to the JET Program (The Japanese Exchange and Teaching Program.) I had always been fascinated by the Japanese culture so it was really a dream-come-true to be able to live in Japan after graduating from university in Vancouver.”

How did you get started in Yoga?

“I started yoga practice in my second year of university, mainly because I needed some physical exercise to release myself from the stress of university. Partly, I was at an age when I began my path of self-inquiry, reading books about Eastern philosophy and Buddhism and thought yoga practice could provide more clarity. I remember the first time I attended a yoga class was with my best friend at the time-we joined a hot yoga class. After the first class my friend said she was done with yoga. But I felt so light and open after the class and have continued my practice ever since.”

What styles of yoga do you teach? Is it only for Japanese or can anyone join?

“I mainly teach vinyasa yoga, yin yoga and prenatal yoga. Anyone can join! I teach in both Japanese and English and I’m able to teach a range from beginner to experienced students.”

Where do you teach your classes and how frequent are they? 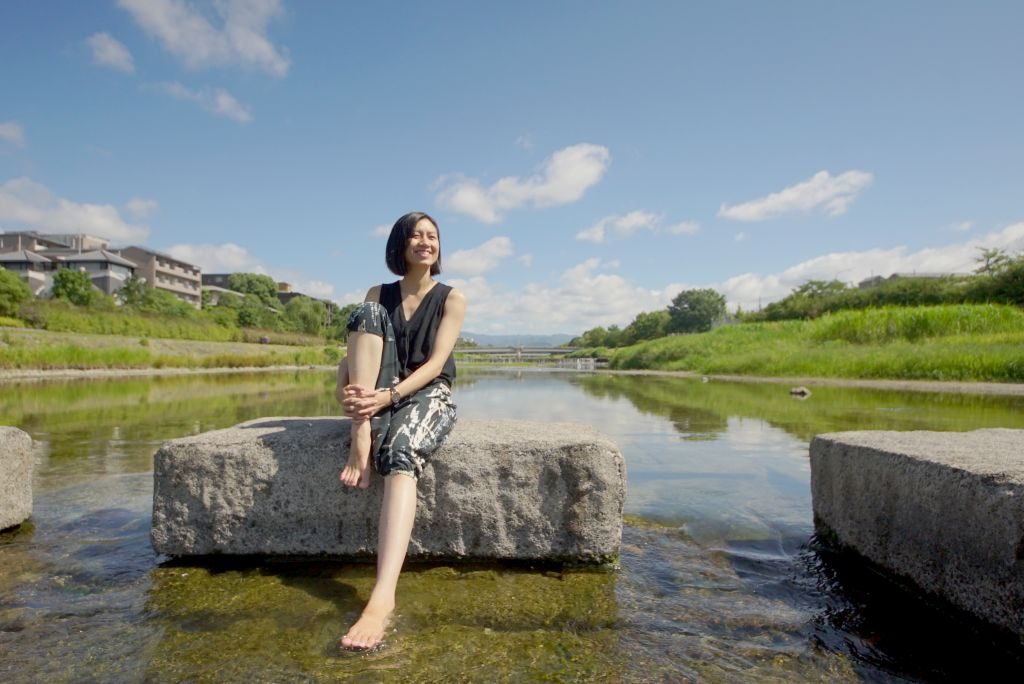 When did you realize you wanted to become a yoga teacher?

“It was at university when I realized that I didn’t have the grades to get into medical school, haha…. However, I had a really strong interest in eastern philosophy and my major was kinesiology and since there was a connection to yoga, becoming a yoga teacher was the first career choice that came to mind.”

Why did you decide to teach yoga in Japan and not back in Canada or somewhere else?

“In the beginning, I didn’t necessarily intend to teach yoga in Japan. After teaching English at a high school for two years in Osaka as a JET, I felt it was time for me to seriously think about my future and start my own career sooner, rather than later. So I decided to take a two hundred hour yoga teacher training course on weekends, stretching over six months. After completing the teaching training, I quit my job and started teaching yoga full-time. I didn’t go back to Canada because I was dating a Japanese guy who is now my husband. I believe that things happen for a reason and now that I think back, it was a wise decision to start my career as a yoga instructor in Japan.

Back in Vancouver the yoga market was already quite saturated; yoga studios were literally on every street corner of the city. In Japan, comparatively the market was still growing and full of new opportunities. Now I often travel abroad to continue to learn yoga from world-renowned yoga teachers and bring that knowledge back to Japan. As a foreigner who speaks both English and Japanese, I occupy a unique niche in the yoga community. Japan is still a fledgling market and all of the knowledge I learn from abroad, I teach not only to my personal students but other Japanese yoga teachers who in-turn pass along these yoga teachings to their students. I see it as my mission to become somewhat of a bridge between yoga in Japan and abroad, essentially conveying the latest yoga teachings and methods from overseas to the Japanese yoga community.” 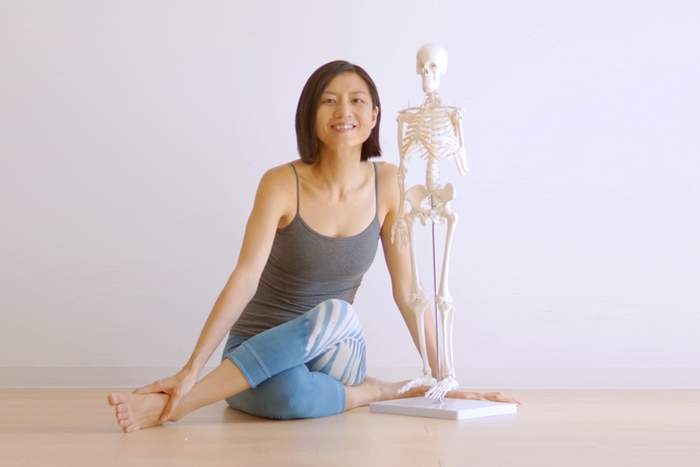 Are there any particular aspects of yoga you apply in your everyday life? Do you feel these elements are simple enough to be used even in the daily lives of the average person who doesn’t practice yoga on a regular basis?

“Yeah, there are so many aspects! I think yoga philosophy can be applied to everyday life, even if you don’t practice yoga. For example, the yamas and niyamas in the eight limbs of yoga, which are the ethical guides in yoga philosophy. One of the 5 niyamas is santosha, which means being content with who we are and what we already have. It is a reminder that we are all complete in nature. It’s recognizing that we all have our unique personalities and unique talents. Knowing this allows us to let go of our desires to compare with others. This is easier said than done.

When we practice yoga we often notice that we tend to look around checking other people’s poses, we compare how well we are doing to others. But the more you learn about yoga anatomy, the more you will understand how unique we all are. In our daily lives, we tend to compare the living standards of ourselves with our colleagues at work, or with our friends. We end up feeling a lack of confidence if we believe we are inferior, or become arrogant if we feel a sense of superiority to others. I believe yoga teaches us to celebrate our connection as human beings and instead of creating divisions or competition between us it should help us uplift one another.” 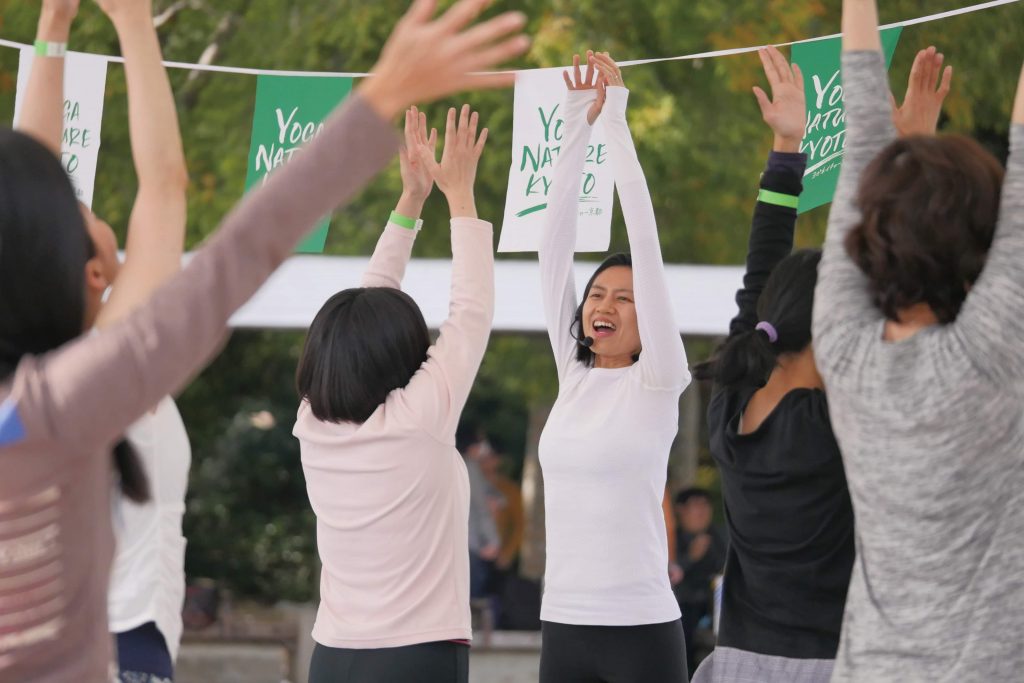 How many students do you have at the moment?

“It’s hard to give an exact number. Many of my students have practiced with me for a long time, and some people simply join a class once and never show up again. Which is totally fine with me. Students have many teachers and styles to choose from and it’s good to try out different teachers and styles to see what fits you best. On average, a typical group class of mine is about 10-25 students. This works out to around one hundred people per week.”

What do you think your students enjoy most about your classes?

“Different people come to yoga for different reasons and I don’t judge students for their reasons to practice yoga. If they just want a little exercise, a work out, ability to relax or improve their posture, any reason is valid. A few of my students have told me my classes are indispensible-a space away from their hectic work where they can focus on building a strong mental or spiritual part of themselves. In particular, they like how I blend philosophical elements into my yoga classes. Especially, the pace and sequences of my Vinyasa class which they tell me feels like a meditation to them.”

Are there any classes you recommend in particular, for visitors to Kyoto?

“I’m a believer in people seeking to find what suits them. I recommend visiting Tamisa Yoga Studio, one of the studios I teach in Kyoto. You get 3 trial lessons for 4000yen. Here we offer a variety of bilingual classes conducted in both Japanese and English on a daily basis. My colleagues and I are looking forward to meeting you on the mat while you’re in Kyoto!” 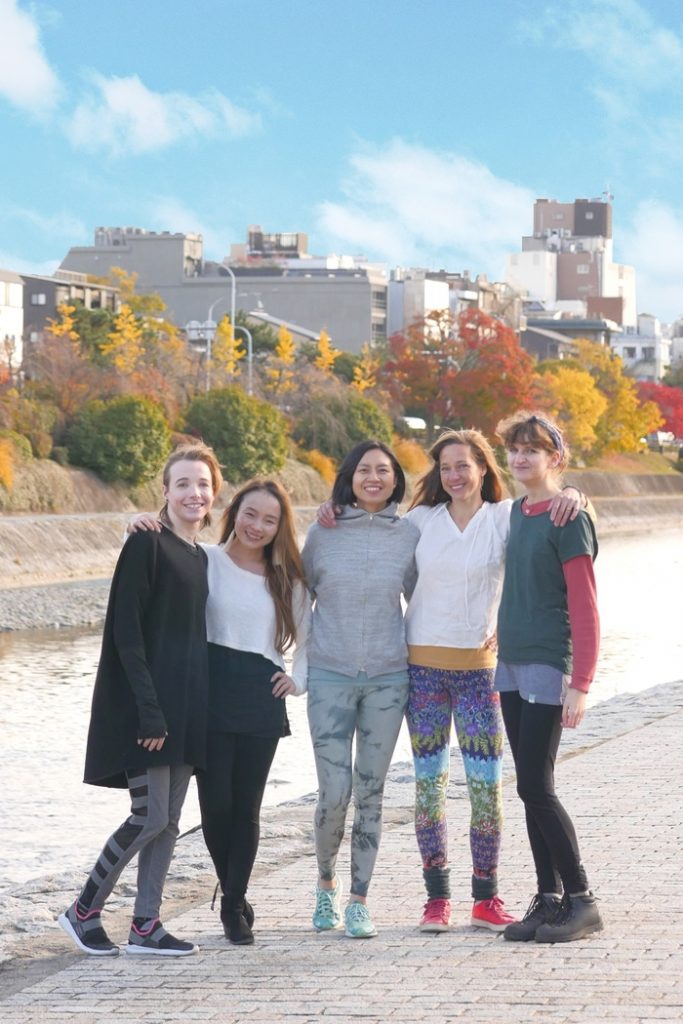 If you’re interested in joining a private or group lesson, feel free to check out either Sandra’s website or Tamisa Yoga Studio in Kyoto for classes and more!!

Kyoto: Through the Eyes of Local Experts

Think of me like your local friend who happens to be a professional guide. Originally from Canada, I’ve lived in Kyoto for the past 18 years, plus worked at one of the best hotels in Kyoto for 2 years. Through my interviews with locals, I hope you get a feel for Kyoto by listening to their unique stories.

If you’re interested in tours or struggling to plan your trip to Kyoto, I offer tours and/or personalised trip consultations for Kyoto and beyond. Check out my website Hands On Kyoto. I can’t wait to help you discover the hidden side of Kyoto!