The ruins of Oiwa Jinja, a one off or a sign of things to come?

My articles so far have all had happy endings; the soul of Fushimi Momoyama castle lives on in its concrete reconstruction, and both Otagi Nenbutsu-ji and Gio-ji were saved from the brink of oblivion through the philanthropy and hard work of many passionate people. Indeed, with Kyoto’s reputation for having some of the best temples, shrines and sightseeing spots in Japan, it’s easy to believe that none of them could possibly be abandoned all together. Unfortunately, hidden away in the mountains to the east of Kyoto lie the ruins of Oiwa jinja, evidence of the sad truth that not all can be saved. 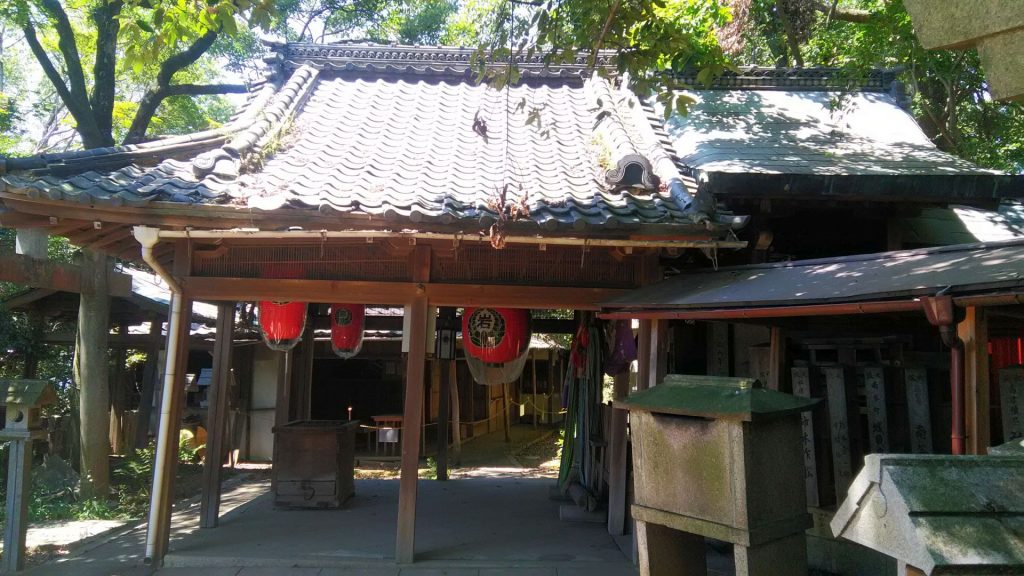 Situated at the peak of Mount Oiwa (also known as Mount Fukakusa or Mount Mikusa) the shrine is accessed from a small path off route 35, and is more than easy to miss. It is probably known almost exclusively to hikers, and even the people living in the area have little knowledge of the shrines full history and the reasons for its state of abandonment. 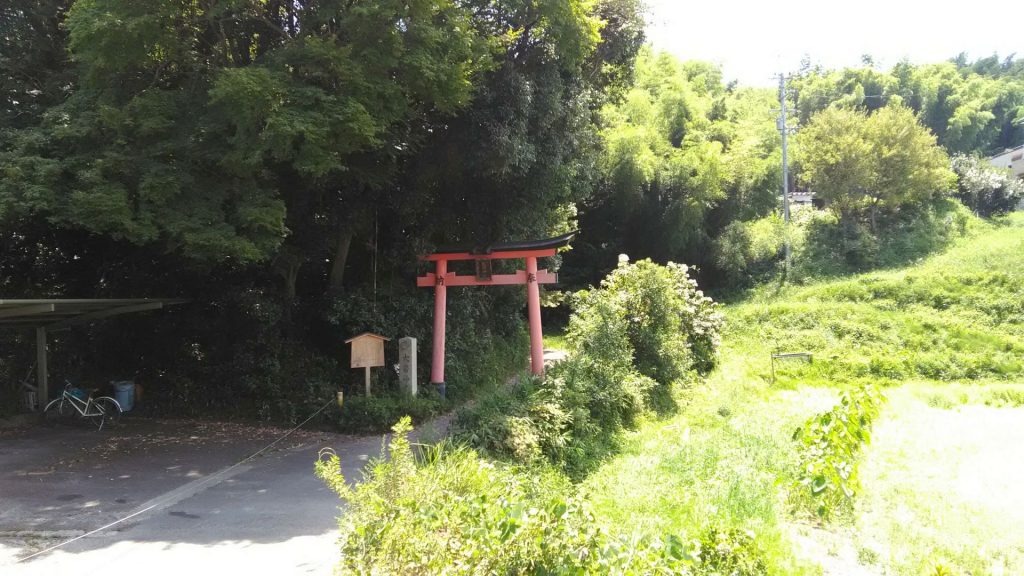 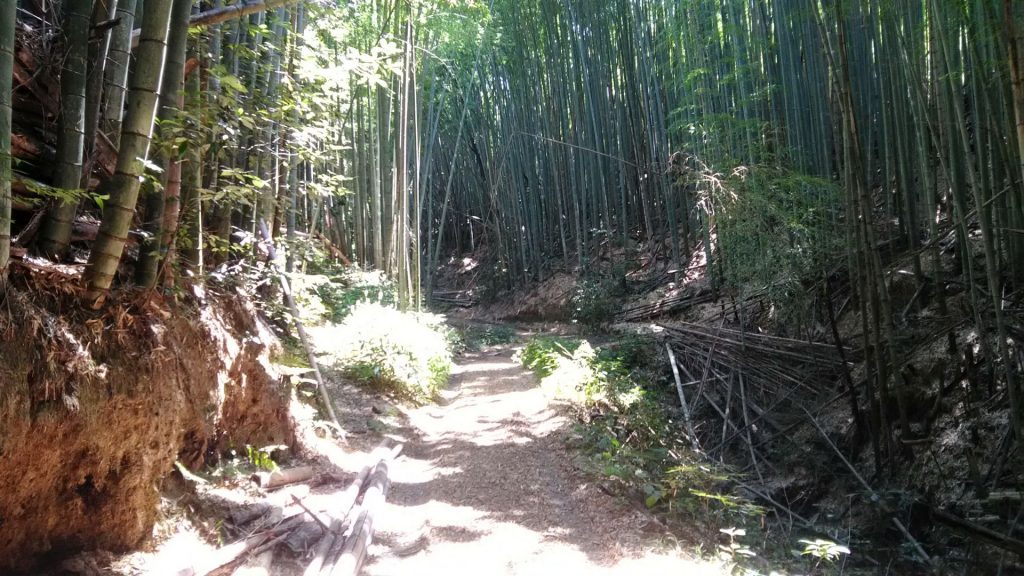 Walking up the path, the sounds of the road and city soon disappear, and are replaced by eerie creaking from the bamboo forest. The trip is definitely for the more adventurous types! Going in the summer will expose you to some of the largest and most persistent mosquitoes Kyoto has to offer, as well as providing you with some great opportunities to meet a Mamushi, Japan’s venomous pit viper (there is a snake in one photo somewhere in this article, can you find it?), while going in the winter and autumn can introduce you to falling trees. 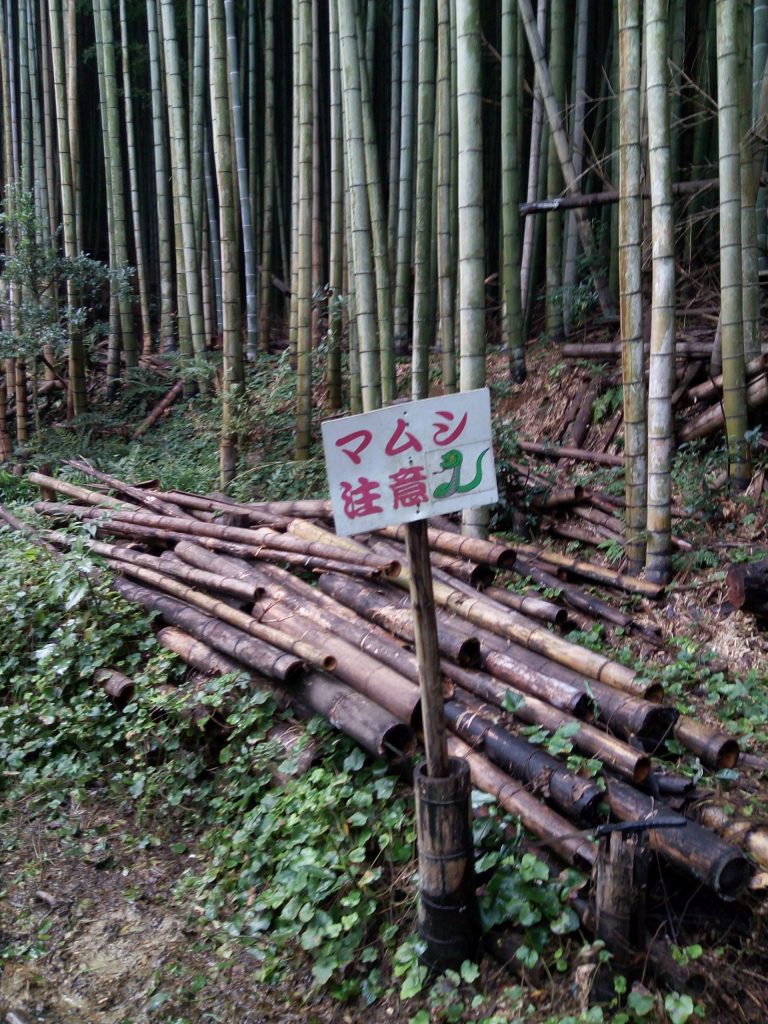 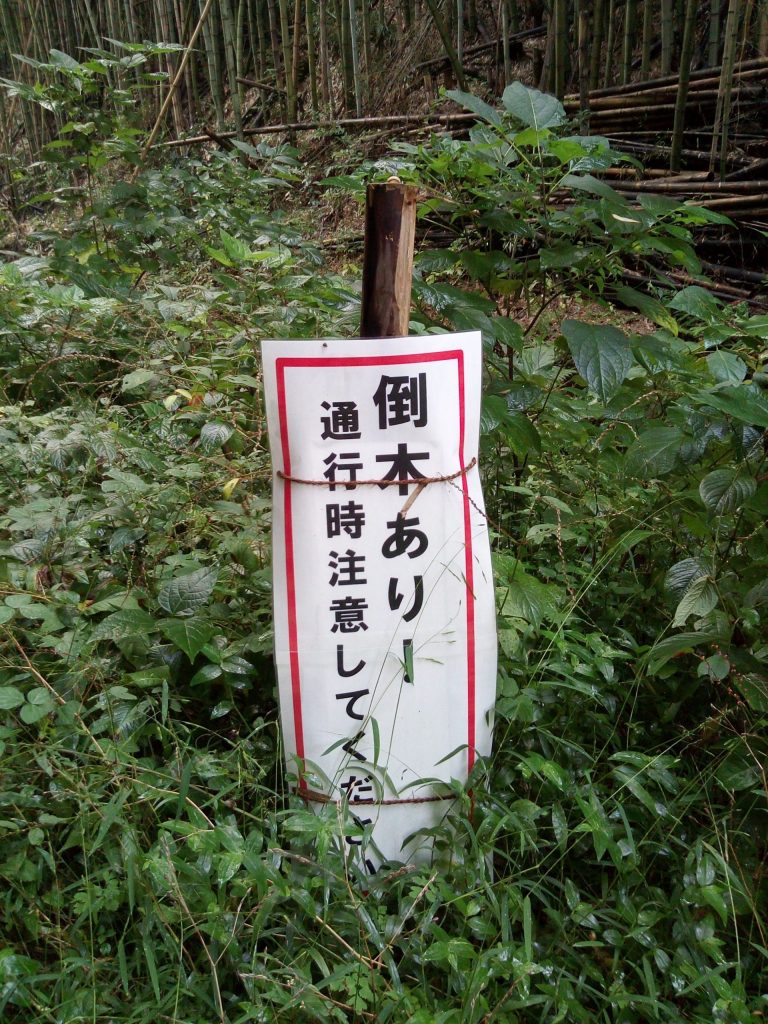 Throughout the year your nerves can also be tested by the general atmosphere of the place; the rustling of animals and birds occasionally breaks the silence suddenly, and there is a peculiar feeling of being watched by something from within the deep bamboo forest.

Hints of the shrine’s heyday can be seen on the climb up, with old paving stones poking through the mud, and with the sporadic unkempt torii gates that line the path. 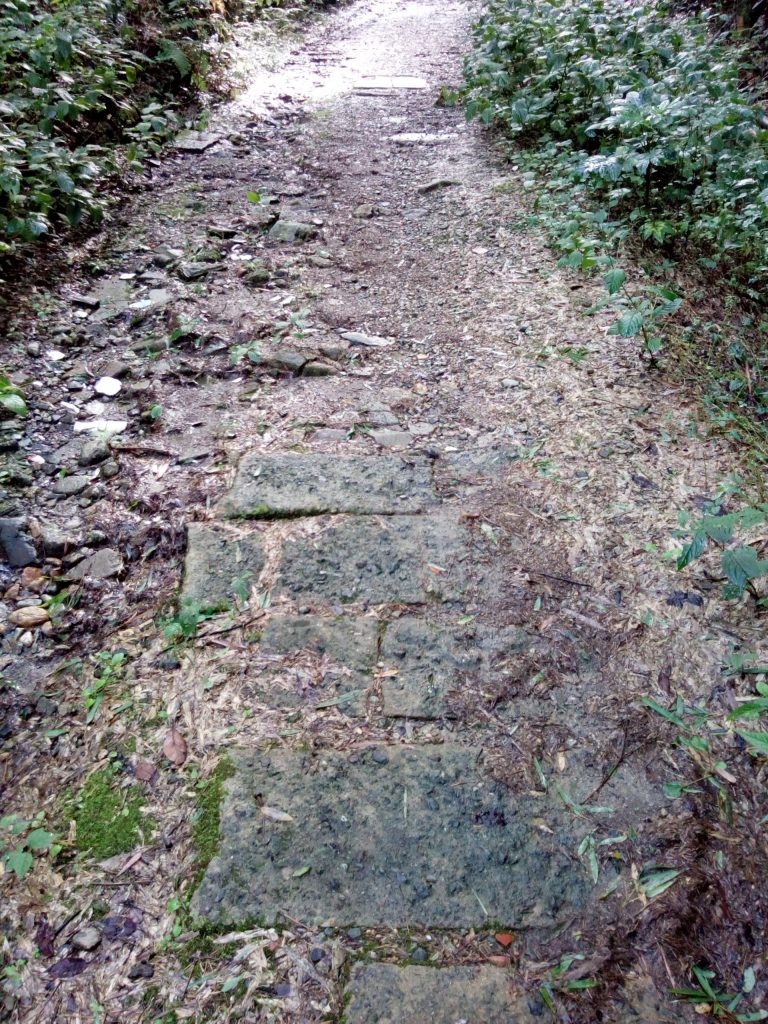 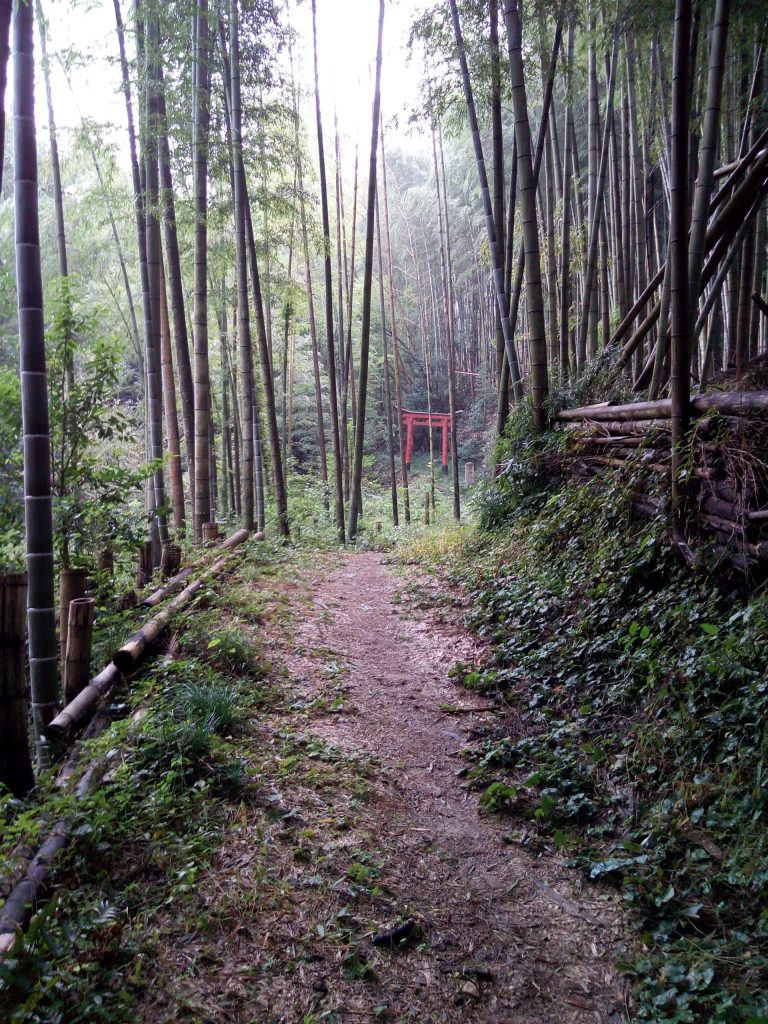 Even with these signs, it’s easy to wonder if the path really goes anywhere, but then, the shrine’s main entrance suddenly and dramatically appears before you. 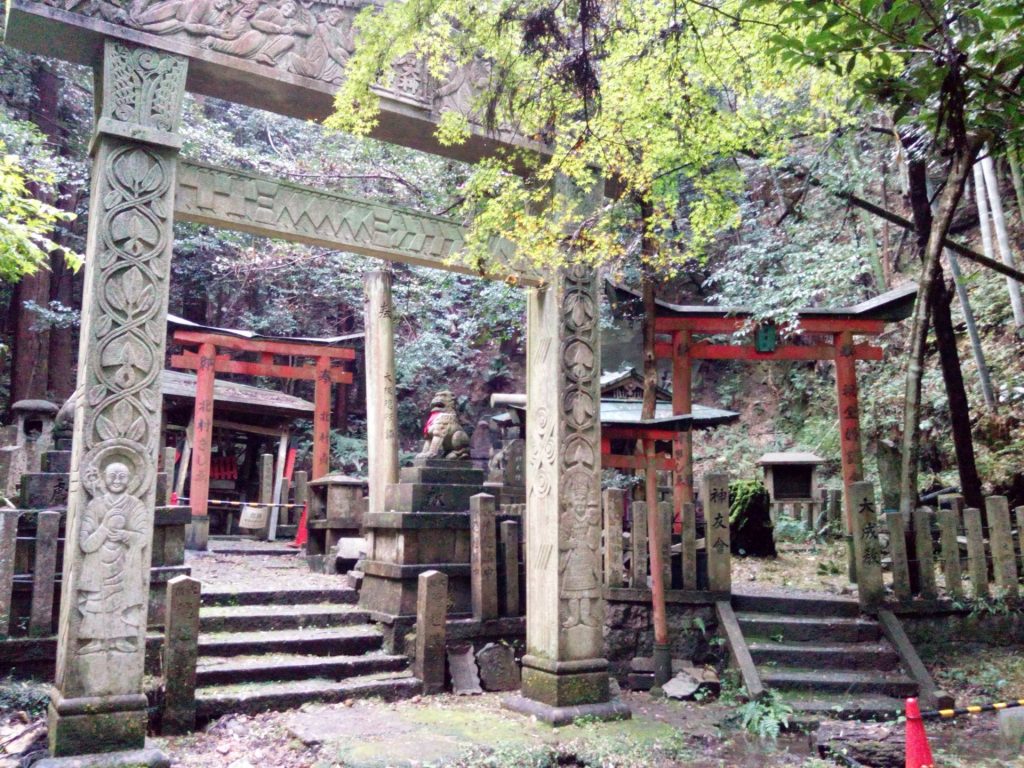 It looks and feels like something out of a ghost story. If you have been to Fushimi Inari Jinja, this place is like its dark cousin. Statues of Inari Ookami (the Japanese fox god) stare accusingly out of the ruins, while the forest tries to reclaim everything once again. The unique torii gate also adds an unworldly feel to the place. The gate was actually donated by an artist from Kyoto named Insho Domoto (1891-1975), and is one of a pair. Oiwa was known as a shrine that could help heal illnesses such as tuberculosis, and it is thought that Domoto dedicated the gates for the sake of his sick mother. The buildings here are not structurally sound, and exploring too far is not recommended. 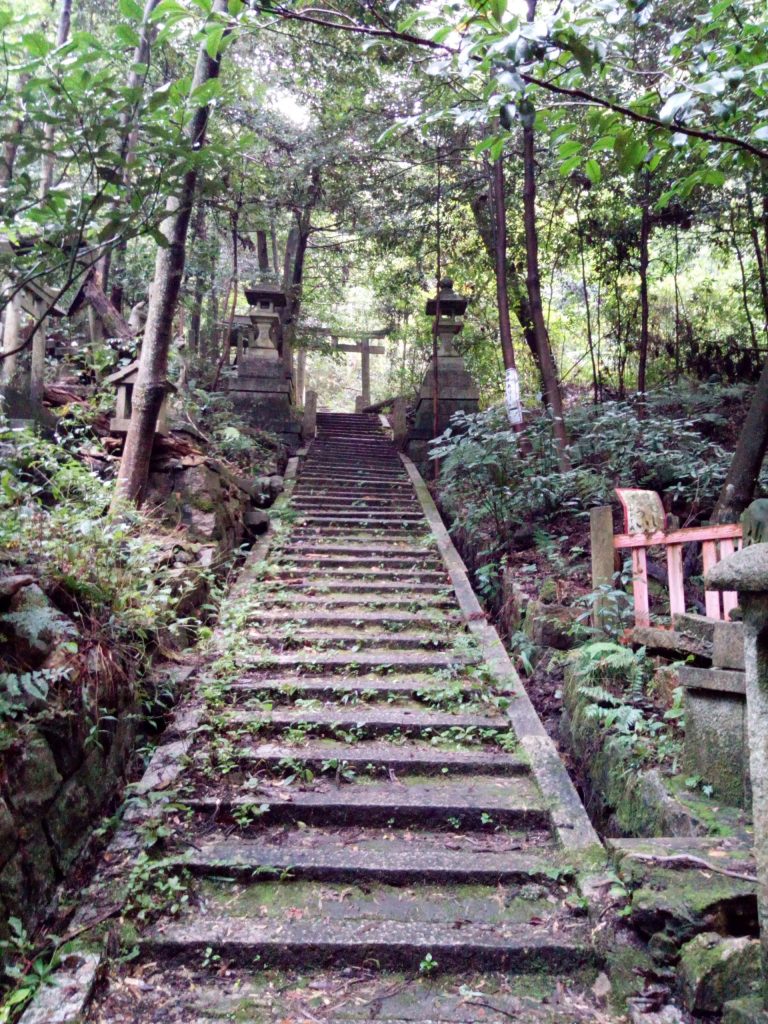 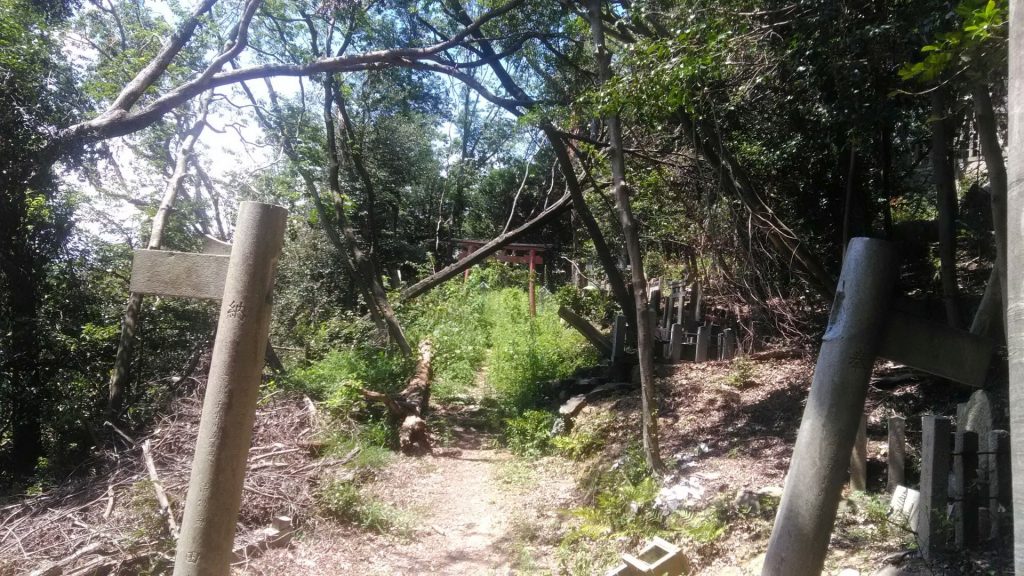 Continuing up the stone staircase takes you deeper into the shrine and eventually leads to the main complex. Damage from various typhoons has knocked down several trees and torii, and most of the buildings are not safe to enter anymore. Paradoxically, with some of the shrine ornaments left behind, the shrine feels somewhat recently abandoned, but it has actually been this way for several years, and wasn’t in such good condition before that either. 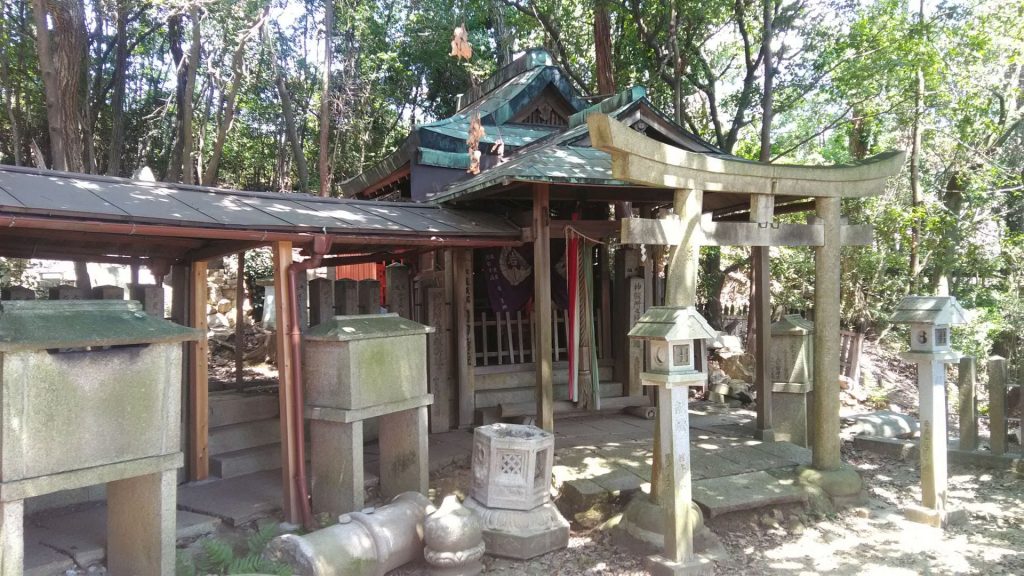 The original shrine and its records were destroyed during a forest fire in the Edo period (1603-1868) so the history of Oiwa is largely unknown. Locals say that care of the shrine was taken over by the Kubo family after the Meiji restoration, and continued until sometime after 2010, when the family suffered some tragic losses, and the subsequent head priest they hired retired. From 2014, there was no one left to tend to the shrine, and no money coming in to maintain it. From this point on, Oiwa was simply left and its gradual decline into disrepair began. It really feels like there must have been other reasons for its abandonment as well though – if all Oiwa needed was a head priest or a caretaker, why could none be found? Surely there was money available from the Association of Shinto Shrines as well? Like most things about Oiwa, it’s very mysterious.

Exploring the main complex at the peak of the mountain, I thought that there may have been some hope for Oiwa after all. Looming out of the darkness in one of the abandoned buildings, I saw the pale face of a little Japanese girl. After jumping out of my skin, (Is it OK to swear in a shrine?) my brain managed to compute that it was just a drawing on a chalkboard, and that it possibly had a happy message – “the maintenance of Mount Oiwa is complete!” 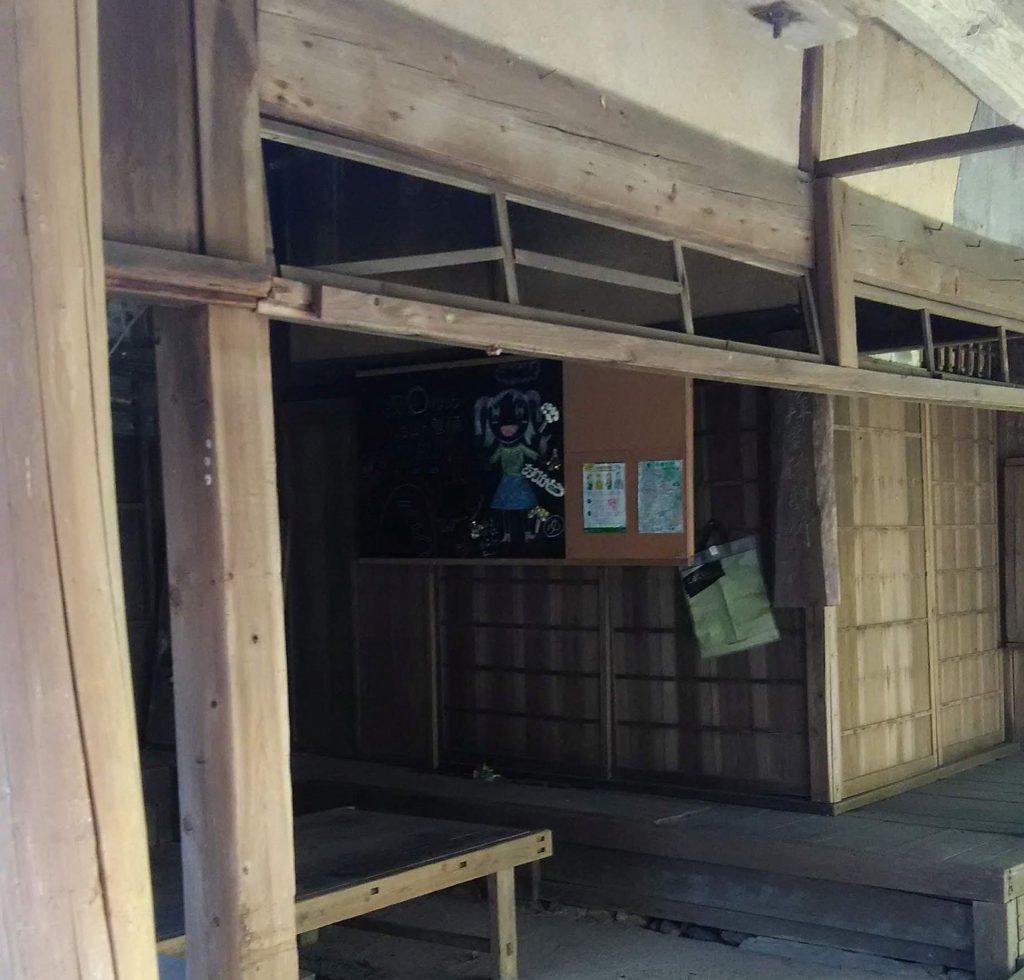 Unfortunately, I think this message dated from 2017 refers to the hiking trail up the mountain rather than the shrine itself. From several trips to Oiwa, it is clearly deteriorating more than it is being saved. Only time can tell what Oiwa’s ultimate fate will be, but whatever happens, I hope that this is a rare example and not a sign of things to come. In an increasingly atheist Japan however, will more and more shrines and temples suffer irrecoverable hardships?

To wash away the sadness of a trip to Oiwa, head to the very peak of the mountain just above the shrine. Here you can find the Mount Oiwa Observation Point, which offers stunning views of Kyoto. The road here also presents a much easier, but less rewarding, entrance to Oiwa Jinja. 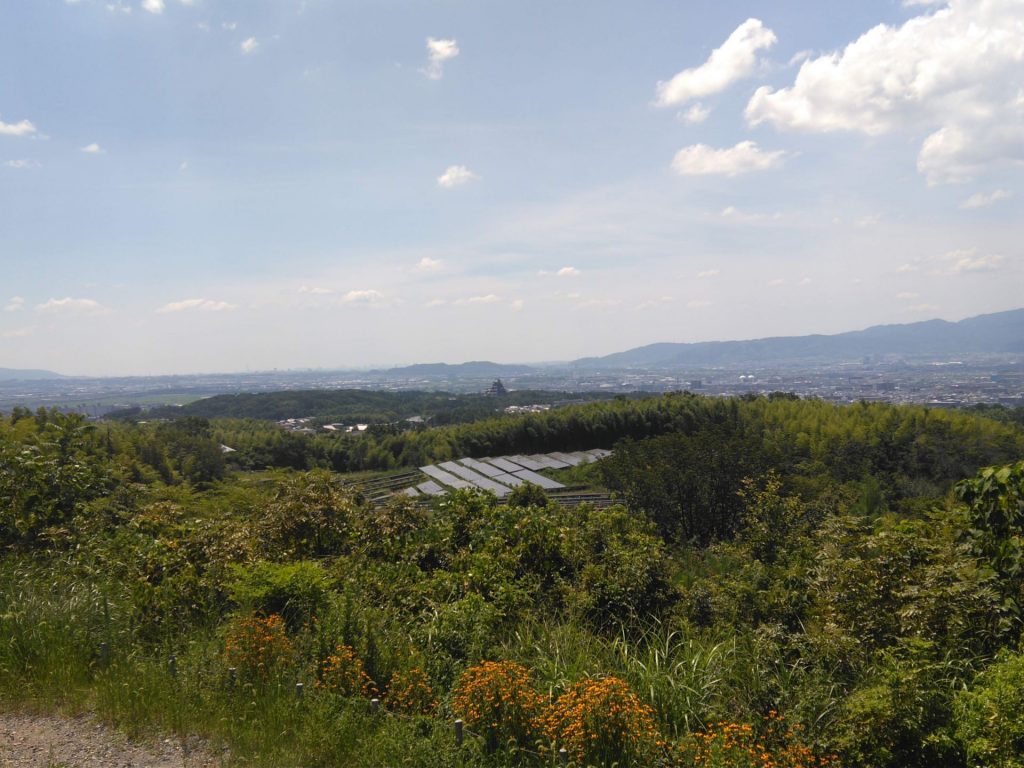 Fushimi Momoyama Castle can be seen