MAIZURU-There’s more to Kyoto than Kyoto: Part 1 War and peace and the Dancing Crane

When we talk about Kyoto, 99% of the time we probably mean Kyoto City, rather than the homonymous prefecture. After all, most of the people (over 50%), most of the territory (20%) and most of the good places to visit are in the city, right? Well, of course not. So, despite what the city dwellers may say about the ‘quiet’ or ‘empty’ inaka (countryside) around the prefecture’s capital, it has a huge amount to offer anyone who sets out to explore it. While not so large compared to other prefectures, Kyoto’s 4,612 km2 (31st largest in terms of area) is full of worthwhile sights, both big and small. Join me today for part one of our ‘Inaka Tour’, experiencing Kyoto’s other 80%!

100km or so north of the city, lies the prefecture’s beautiful coastline, dotted with fishing villages and small towns, including but definitely not limited to, Maizuru City. Just for starters, the name of the city is beautiful, ‘Dancing Crane’. The city was originally called Tanabe, but to avoid confusion with other similarly named places it was changed to Maizuru. The meaning behind ‘dancing crane’ comes from the city’s castle, whose elongated shape is said to resemble that of a crane.

While the current city was officially created in 1943, the area has been inhabited for far longer, with archaeological finds dating back to the Jomon period (1000-300BC). Throughout its history, Maizuru has had a maritime focus, with early clans using the rivers and coast for water trading, up to the creation of a large naval base in the late 1800’s which became a primary military base during the Russo-Japanese War through to the end of the Second World War. It’s strategic importance even made it a target for the USA’s atomic bomb plan, and in July 1945, a simulated nuclear bomb (pumpkin bomb) was dropped on the city.

Even now, JSDF ships dock in the Maizuru harbour, and depending on the state of the Corona outbreak, the ships can be boarded and toured. 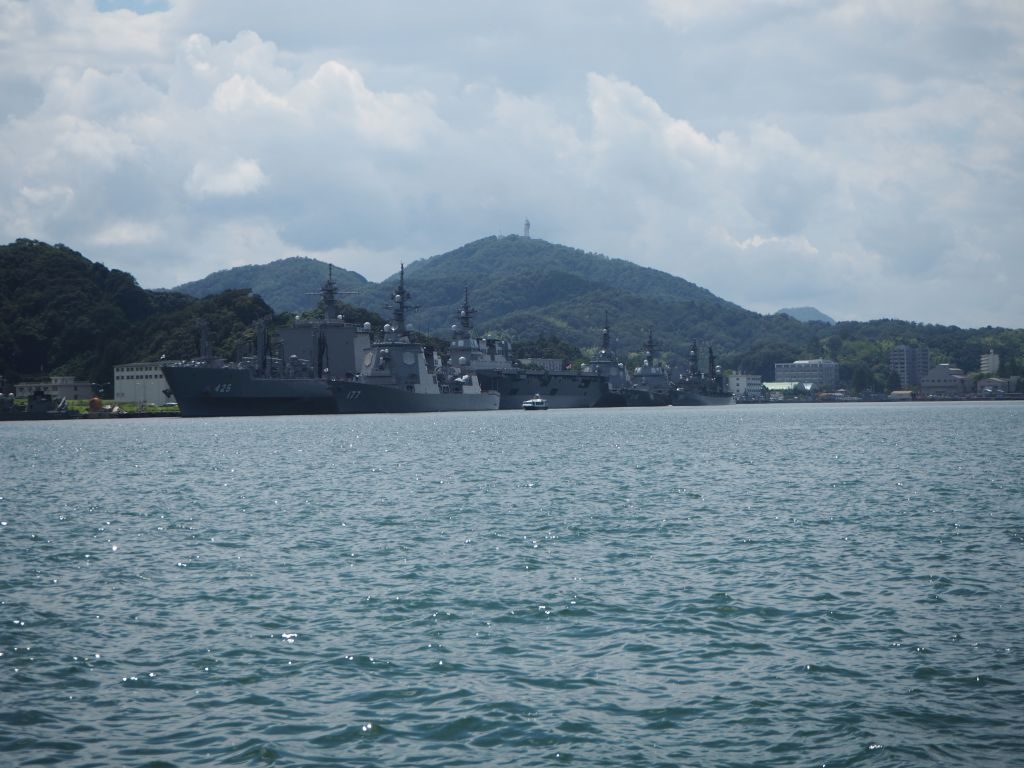 Thankfully, Maizuru’s maritime economy is more peaceful now, and is dominated by fishing and ferries departing for Hokkaido amongst other places. For fish lovers, crab, oyster and fish paste dishes are a must try. There are also several interesting buildings to visit, and Maizuru’s architectural treats include:

As mentioned earlier, Maizuru’s castle, officially named Tanabe castle, is the building responsible for Maizuru’s name. It has a unique shape, likened to a crane, due to a lack of space where it was built between two rivers. 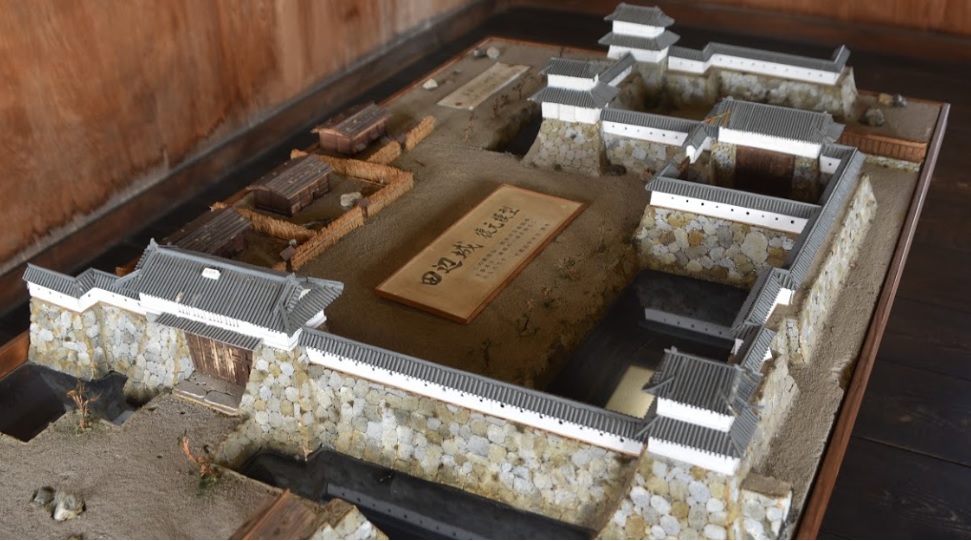 It was originally built in 1579 by Hosokawa Fujitaka, a well respected academic of the time. During the battle of Sekigahara in 1600, that was to mark the start of the Tokugawa Shogunate, Fujitaka and 500 samurai were besieged in the castle and outnumbered 30 to 1. The odds were grim, but due to Fujitaka’s reputation, the attacking army only did so half-heartedly. In the end, the Emperor stepped in and ended the fighting so that he could save Fujitaka’s knowledge and writings on ancient poetry. Shortly after Sekigahara, the castle was torn down due to laws about private castle ownership, and the area was soon built over. 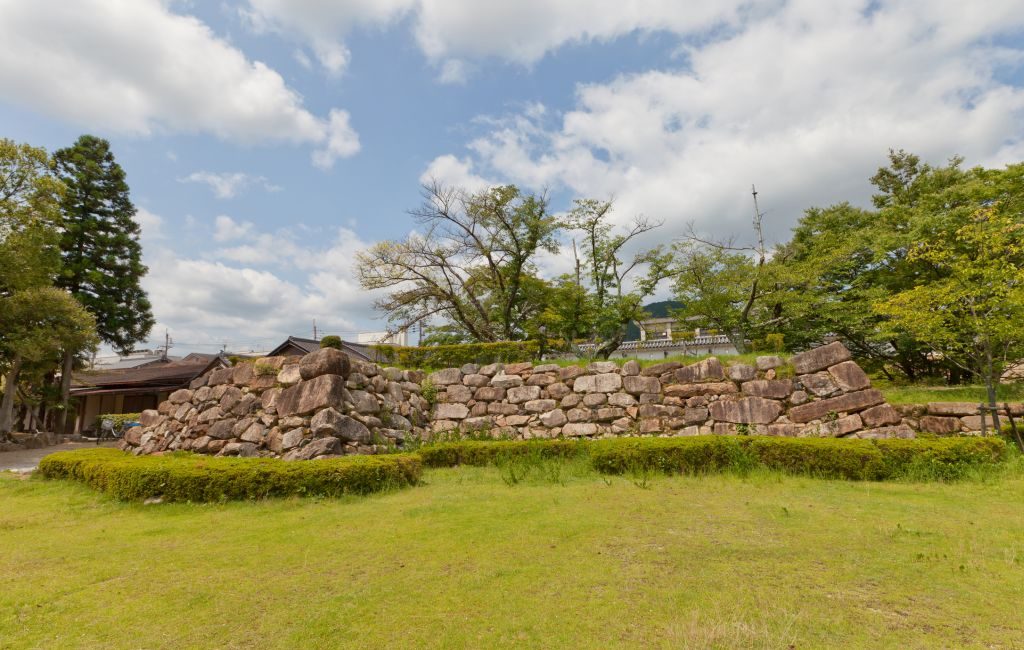 Some of the original foundations

The original remains now include part of the moat and some of the foundations, but the other parts are modern reconstructions from the 1940s and 1990’s. If you’re interested in Japanese castle’s, then the unique architecture of Tanabe is worth a look, but if not, the limited remains may not be enough to satisfy your curiosity. But don’t worry, for those left unsatisfied, Maizuru has much much more to offer! 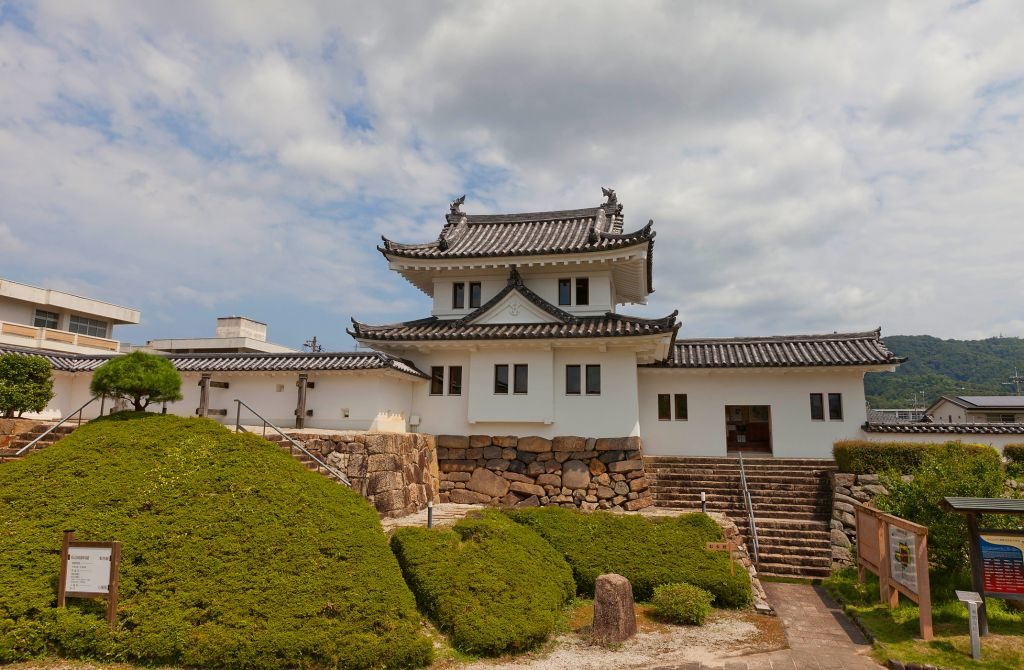 Other unique buildings in the city can be found in the ‘akarenga park’, or Red brick park. These huge warehouses were originally built by the Imperial Navy from 1901 to 1921 and were used for storing torpedoes as well as other types of ammunition and navy goods. 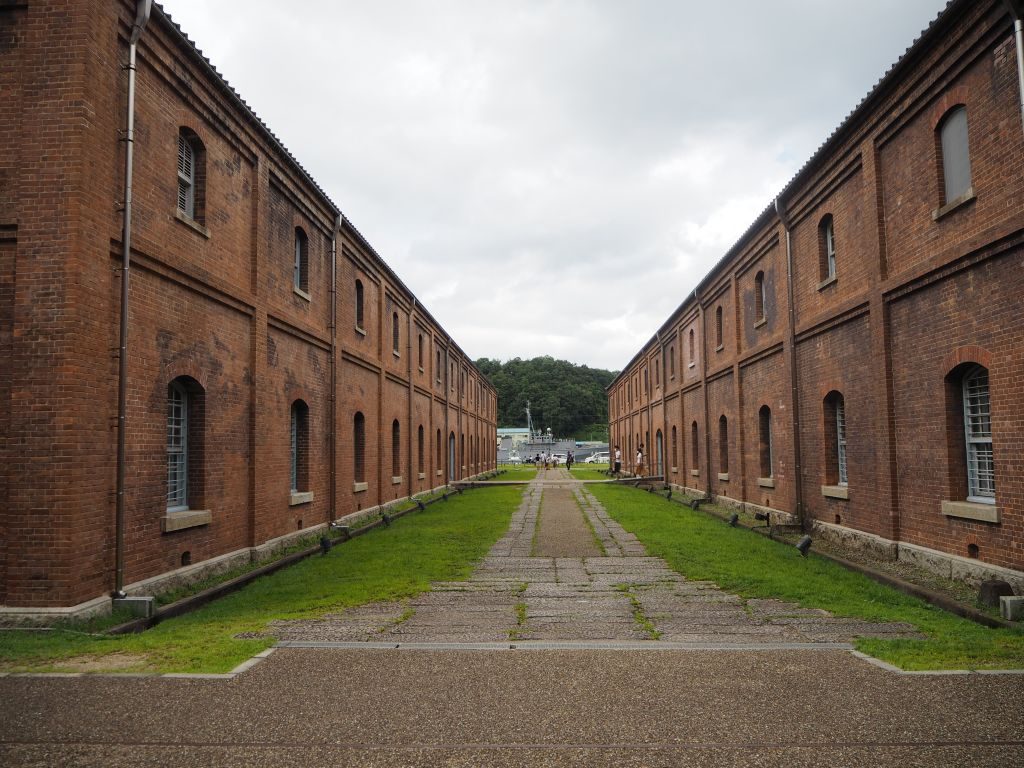 The red brick warehouses remind me of England!

Much like the harbour, Maizuru’s military warehouses are now put to peaceful uses, with the world’s first Brick Museum, a Maizuru museum, souvenir shops and wedding venues filling up the buildings. While the insides have been modernised and given that ‘trendy’ converted warehouse feel, the outside appearance is unchanged albeit restored in a few places. Walking between the red brick warehouses feels a little bit like walking through parts of England, and the small lawn offers a great place to relax and watch the (slow) world go by. A few curry cafes can also be found inside the warehouses, each serving ‘Imperial Japanese Navy Curry’, which originated with the Navy, possibly in Maizuru. Maizuru is also credited as the birthplace of Nikujaga, a kind of Japanese stew, when Heihachiro Togo, first admiral of the Maizuru navy, attempted to make a beef stew.

The warehouses are completely free to walk around and offer a short but sweet experience and look back on the history of Maizuru. 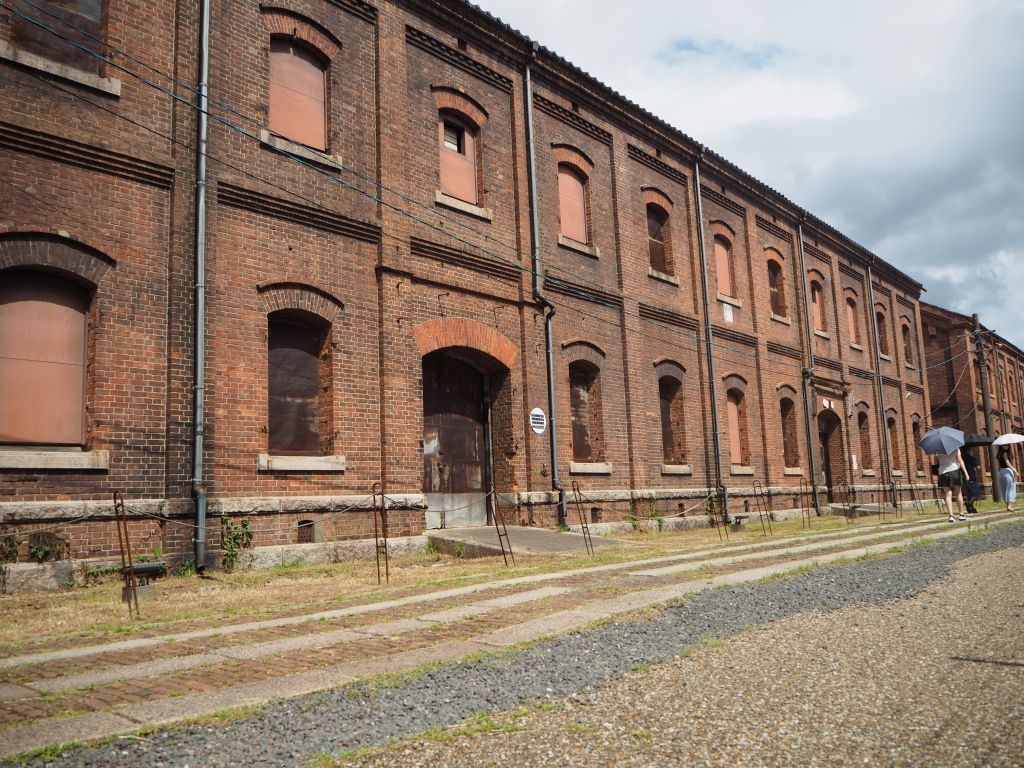 On top of it all

For those looking for a bit more nature, the Goro Sky Tower is a must visit. Situated on top of the same named mountain, 300 metres above sea level, the 50 metre tower offers stunning 360 degree panoramic views of the coast and surrounding areas. The tower was voted as the number one view spot in the Kinki region, beating over 100 other candidates.

The area directly around the tower is also rich in nature, with tracks leading down the mountain and several parks to enjoy along the way. As the signs suggest though, watch out for bears, snakes and giant Japanese hornets. 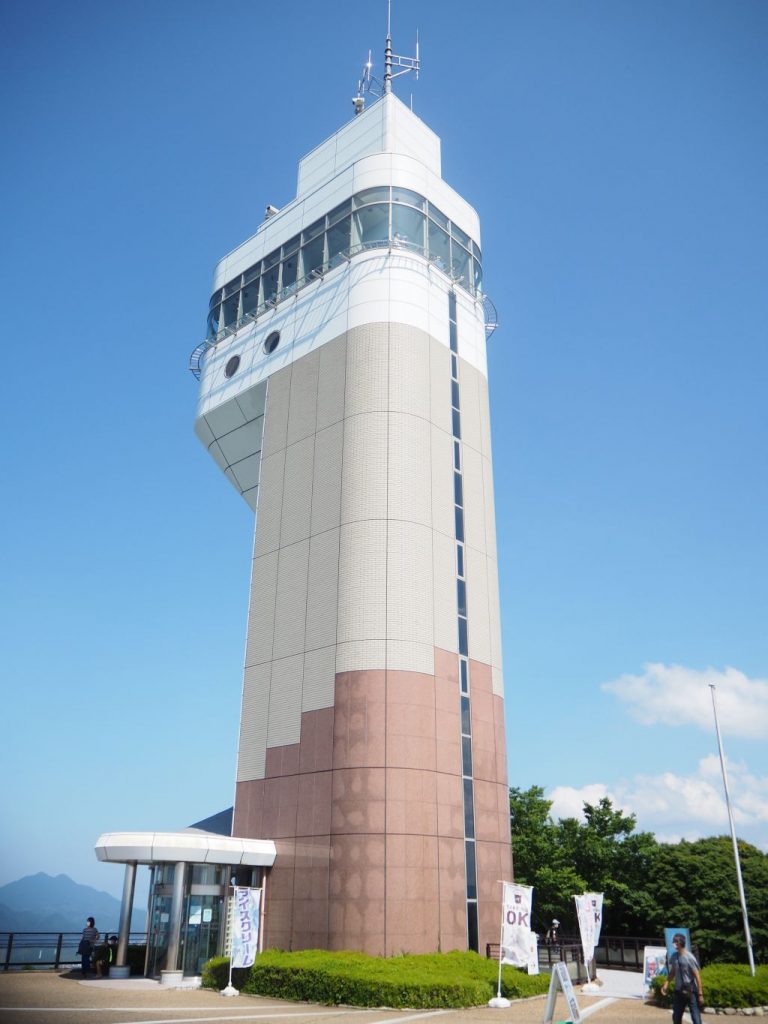 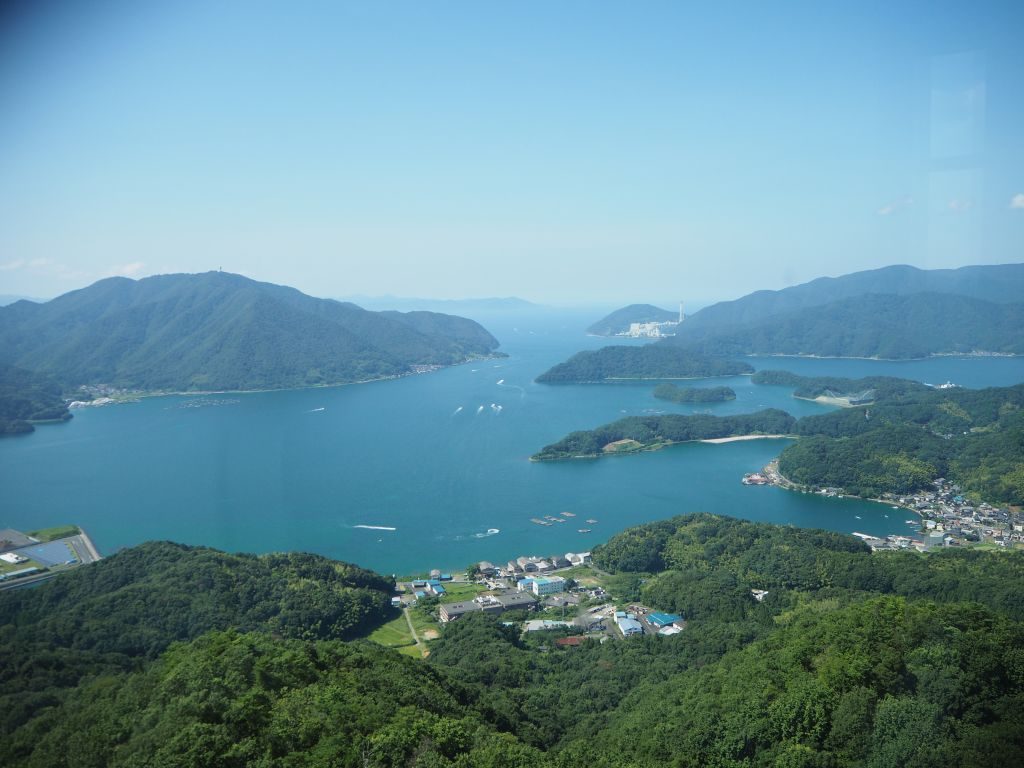 Don’t forget about the beach!

As well as all the above sites, Maizuru still has a huge amount more to offer, not least of which includes its beaches. Although opening times and access have been limited due to the COVID19 outbreak, they are beautiful places for kids and adults alike to enjoy. A small but lovely beach, perfect to unwind on!

Getting away from it all in Maizuru is highly recommended, and seeing the city’s transition from a warlike past into a peaceful present is lovely. It’s a relaxing city in the countryside, but is brimming with things to see and do. It has a nice balance between urban and rural, modern and traditional, and whether you are resting on the beach or strolling down its streets, it will easily charm you away from Kyoto City.

Places mentioned in the article: