Politics and romance, the rise and fall and rise of Gio-ji

For such a tranquil and unassuming buddhist temple, Gio-ji has a rather colourful past filled with political intrigue and love scandals that would be worthy of any of today’s gossip magazines. Two stories in particular, one political, the other one romantic, feature heavily in Gio-ji’s history and make it one of the more unique temples in Kyoto.

The current site was originally part of a much larger temple complex named Ojo-in that sprawled around Mount Sagakame. Built in the Heian Period (794-1185), when buddhist influences from China were at their height, this temple thrived all the way through until the start of the Meiji era (1868-1912). 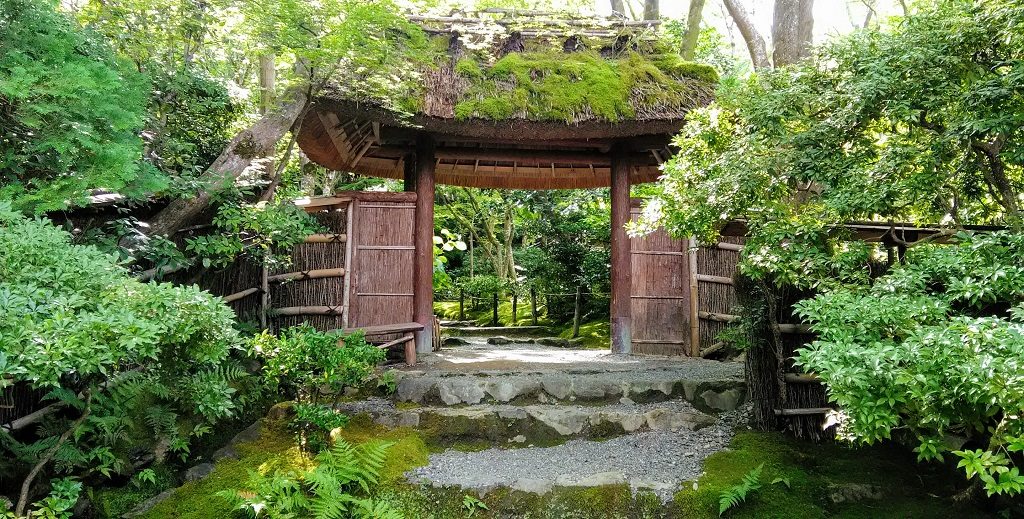 The Meiji era was however, a time of great change and reform across Japan, not least of all for religion. In forging their country’s new national and international identity, the Meiji government took a decidedly anti Buddhist stance, claiming that it was not only a foreign import, but also too closely related to the previous Shogunate government (the Shoguns financially supported many buddhist temples). Precedence was given to the Japanese Shinto religion, and legislation was passed that hit buddhism hard. Prior to 1868, buddhist temples and shinto shrines often existed within the same buildings and complexes, however, the shinbutsu bunri legislation forbade this. Buddhist temples were not simply relocated from shinto shrines, they were often destroyed entirely. Haibutsu Kishaku (destroy Buddhism) movements spread across Japan and either through violence or deliberate depatronage, 40,000 buddhist temples were destroyed within a few years.

Ojo-in was just one of thousands of temple grounds that suffered from the Haibutsu Kishaku, declining almost into oblivion in the 19th century. A small part of it did survive though, thanks to the dramatic story that surrounded it.

To see why, let’s jump back in time again, to the 1180’s and the end of the Heian Period (794-1185). The Taira and Minamoto clans were warring for control of Japan, and a young girl named Gio became the most famous and skilled court dancer (shirabyōshi) of the age. She caught the eye and heart of the Taira clan leader, Taira no Kiyomori, and was invited to become his mistress. Falling in love with him, she agreed, and all was well for a short time. Unfortunately for Gio, Taira’s attention shifted to the next up and coming Shirabyōshi, Hotoke Gozen, and she was replaced not only as Taira’s mistress, but also as the top court dancer. With a broken heart, this Heian celebrity fled into seclusion within the sprawling Ojo-in grounds. Joined by her mother Toji, sister Gijo, and later by the similarly spurned Hotoke Gozen, she built a modest thatched hut (soan) and lived out the rest of her life as a hermit come nun, but never gave up on her love for Taira. Her fame never left her either, and it was not long before her soan was named Gio-ji, Gio’s temple.

Gio’s tragic story of love and loss survived long after her death, and while Haibutsu Kishaku destroyed much of Ojo-in, her hut (already named Gio-ji after her) survived and fell under the protection of a wealthy Kyoto family who incorporated it into their holiday villa. In 1895, one of the family members, the governor of Kyoto, Kitogaki Kunimichi, handed the hut back to a religious group, and the monks of the Shingon sect have cared for it ever since. 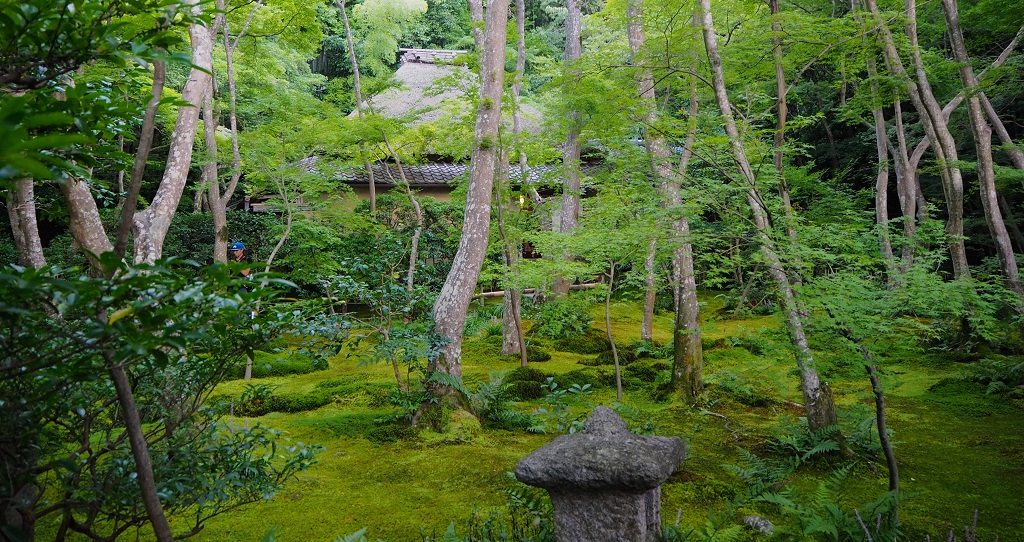 Nowadays, the moss garden at Gio-ji is what draws its modest number of visitors, but the charm of the soan, the thatched hut built by Gio, shouldn’t be ignored. Made simply of wood, kayabuki thatch and earthen plaster, Gio’s hermitage is a monument to her life as well as the lost glory of Ojo-in. Inside the building next to the main Dainichi buddha statue sit five wooden Kamakura period (1185–1333) statues. Three are unsurprising: Gio, her mother and sister, yet the remaining two act as a constant reminder of this tragic love story. Hotoke Gozen sits on the far right, and Taira no Kiyomori himself is also present, though hidden from view except from certain angles. 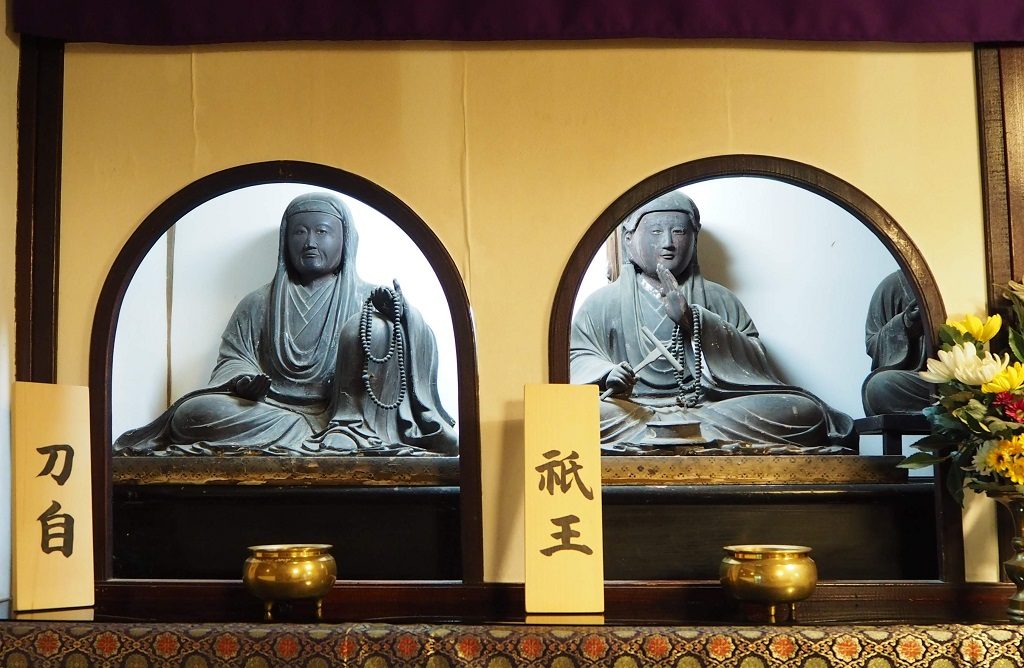 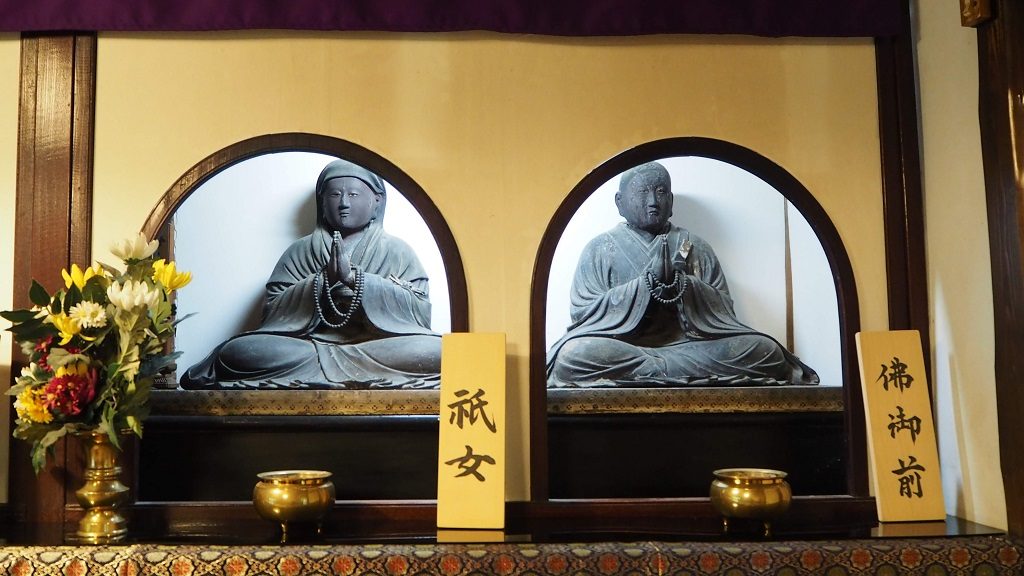 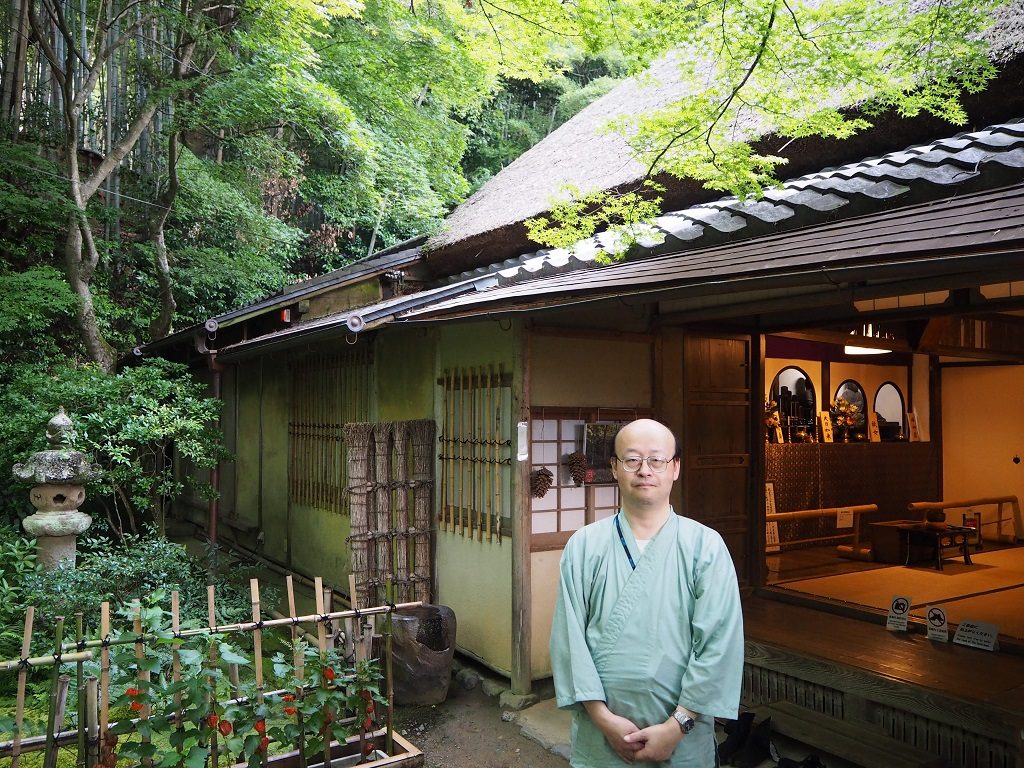 Gio-ji is a 20 minute (uphill, as all the best places seem to be) walk from Arashiyama station, and is a unique temple well worth visiting. Many thanks to Imai Sumito for his patience in answering all my questions about the temple, and for providing some great details not readily available elsewhere.