For such a compact city, Kyoto is full to the brim with history and culture, and no matter how long you spend here, it can constantly surprise you. Picture the following conversation: A: have you been to the castle in Kyoto yet? B: yeah, it was great! A: Which one did you go to? B: hm? Hold on, there’s more than one castle in Kyoto city?! But, that doesn’t make any sense! Even Google only shows one castle if you search for ‘Kyoto castles’. And, the Tokugawa shogunate decreed that one territory could only have one castle in the early 1600’s, so Kyoto’s ‘one’ castle is obviously the famous Nijō-jō. Right?

Well, no. In the south of Kyoto, just a short (uphill) walk from JR Tamababashi and Kintetsu Tambabashi stations lies the beautiful Fushimi Momoyama Castle. Within the scenic grounds lie a complete example of a feudal Japanese castle, with 小天守閣 (ko tenshukaku, small castle tower) and 大天守閣 (dai tenshukaku, great castle tower.) There is one ‘problem’ however. While Nijō-jō is exceptionally well preserved for a Japanese castle, Momoyama is, and this probably explains its severe lack of popularity, a concrete copy built in the 1960’s. Don’t let this put you off though, Momoyama can beat Nijō-jō hands down for being much quieter, having free access, and best of all, having a history that is much more interesting and bloody.

Momoyama was originally built between 1592-1594, not so much as a defensive castle, but as a retirement home for Toyotomi Hideyoshi (1536-1598), a great warlord who amongst other things; helped to unify Japan during the Sengoku (Warring States) period, built Osaka castle and led failed invasions of Korea and China. Unfortunately, Momoyama was destroyed by an earthquake just two years after it was completed. Not one to give up, Hideyoshi immediately ordered it to be rebuilt, yet after his death in 1598 control passed to the samurai Torii Mototada (1539-1600). 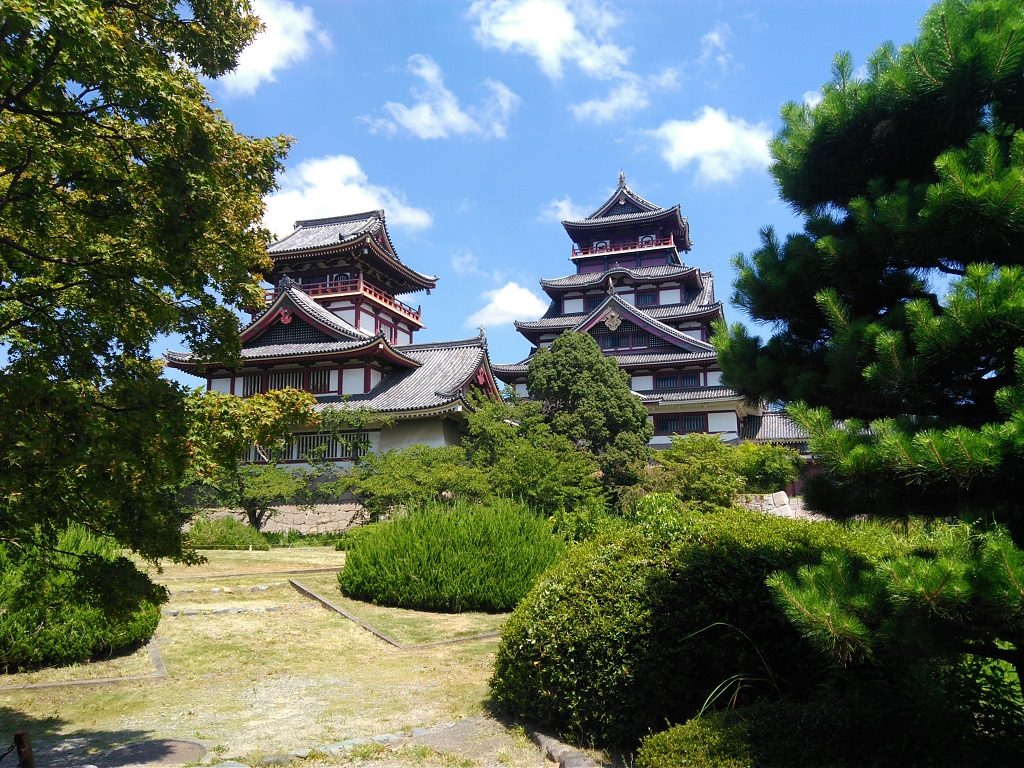 Mototada was a key follower of the man who would become the first ruler of a truly unified Japan, Tokugawa Ieyasu (1543-1616), and it was in Tokugawa’s service that he came to die within the walls of Momoyama. In 1600, an enemy army of 40,000 approached the castle and its 2000 defenders. Instead of running, Mototada vowed to fight and stall the army, giving Tokugawa more time to organise his own army and complete his battle plans. For more than one week, Mototada and his men held back the attackers, until finally only a fraction of the defenders remained. Rather than running or being captured, the remaining men committed ritual suicide, seppuku. Their blood soaked so deeply into the floorboards that it stained them permanently, and in memory of their brave deeds, Tokugawa had the boards incorporated into five temples in Kyoto: Koshoji, Yogen-in, Shodenji, Genko-an and Hosen-in.

Mototada and his men’s sacrifice helped Tokugawa go on to claim victory in the Battle of Sekigahara, and brought Japan under the rule of the Tokugawa Shogunate which lasted for 268 years. Unfortunately, Momoyama castle did not last. After the damage it suffered in the siege, and new laws stating that one territory could only have one castle, it was dismantled. Parts of it were actually used to construct Nijō-jō, including the Karamon, a traditional Japanese gateway.

The castle lay forgotten for the next 360 years, until the current concrete reconstruction was built in 1962. It was built as a museum for the life of Toyotomi Hideyoshi, and customers were able to walk around inside and enjoy sights such as a tea room completely covered in gold leaf. The museum was shut down in 2003, with most people claiming that its declining popularity was the cause. The real reason is however far more ironic. Remember how the original was destroyed by an earthquake in 1596? Well, the reconstruction failed its earthquake resistance test and was deemed unsafe. 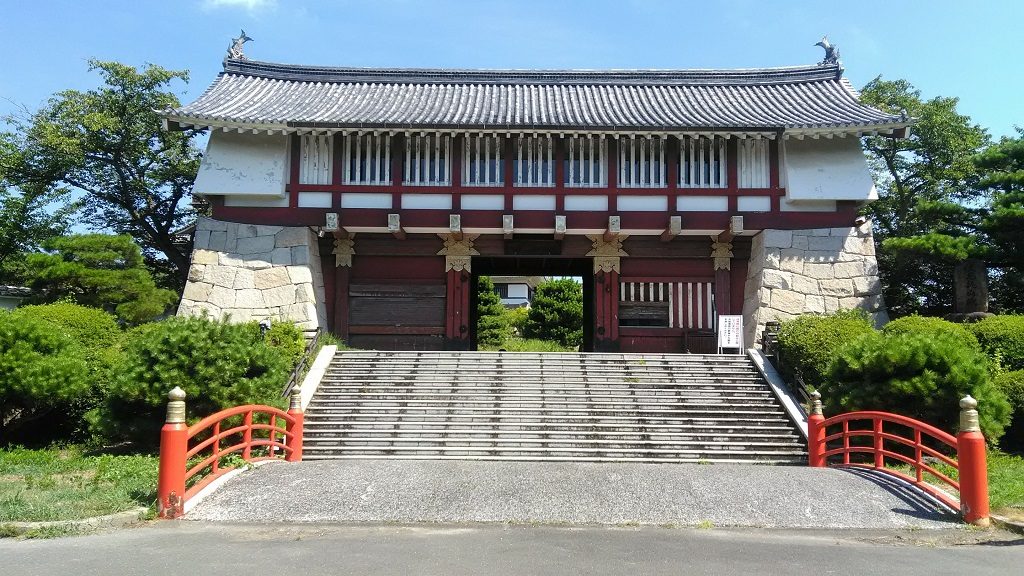 From 2007, the grounds around the castle have been open, but access to the inside is still off limits, and despite many people wanting to do something with the castle, there are no concrete plans. While the grounds are open to the public free of charge, it is clear that the castle has been forgotten again. Every year trees, ivy and plants take over more and more of the castle, and no admittance roped off areas creep further and further out from the walls. 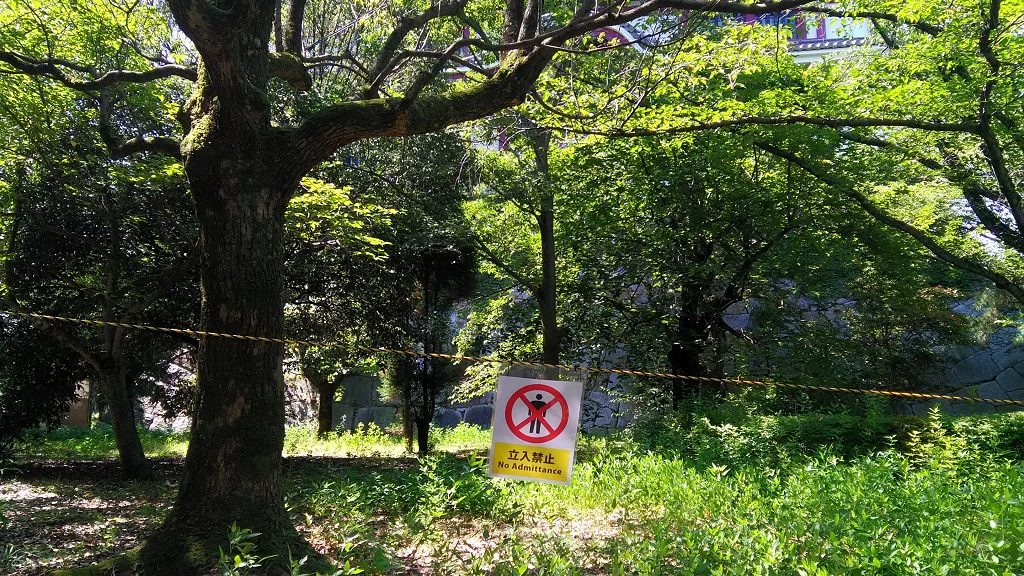 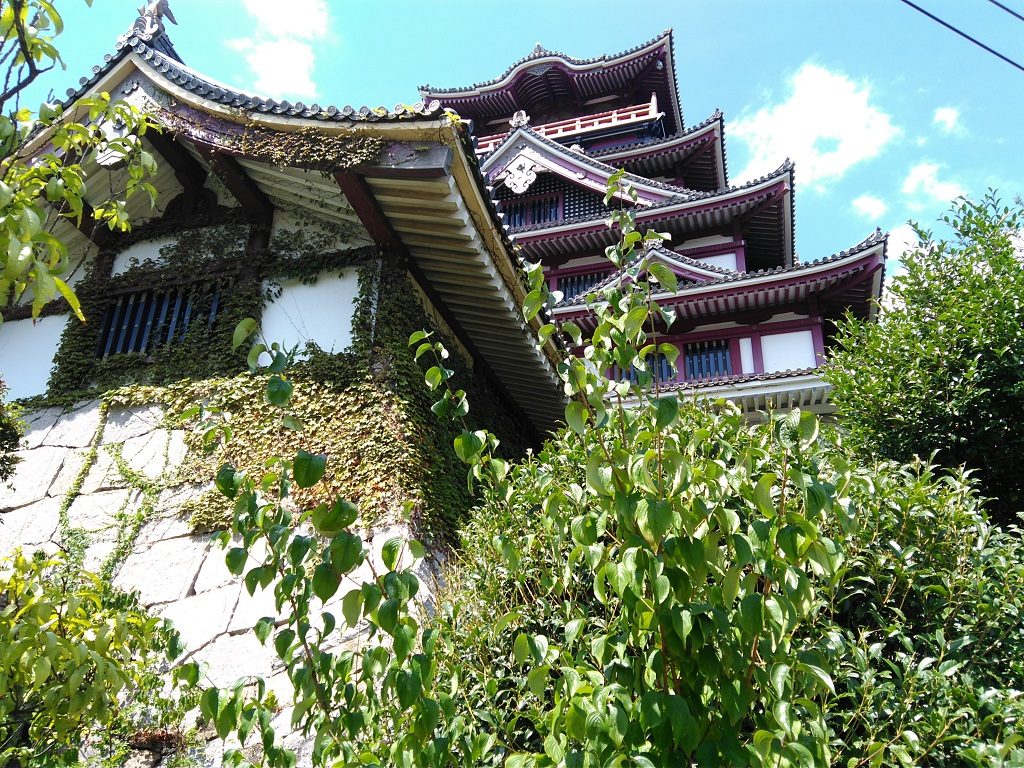 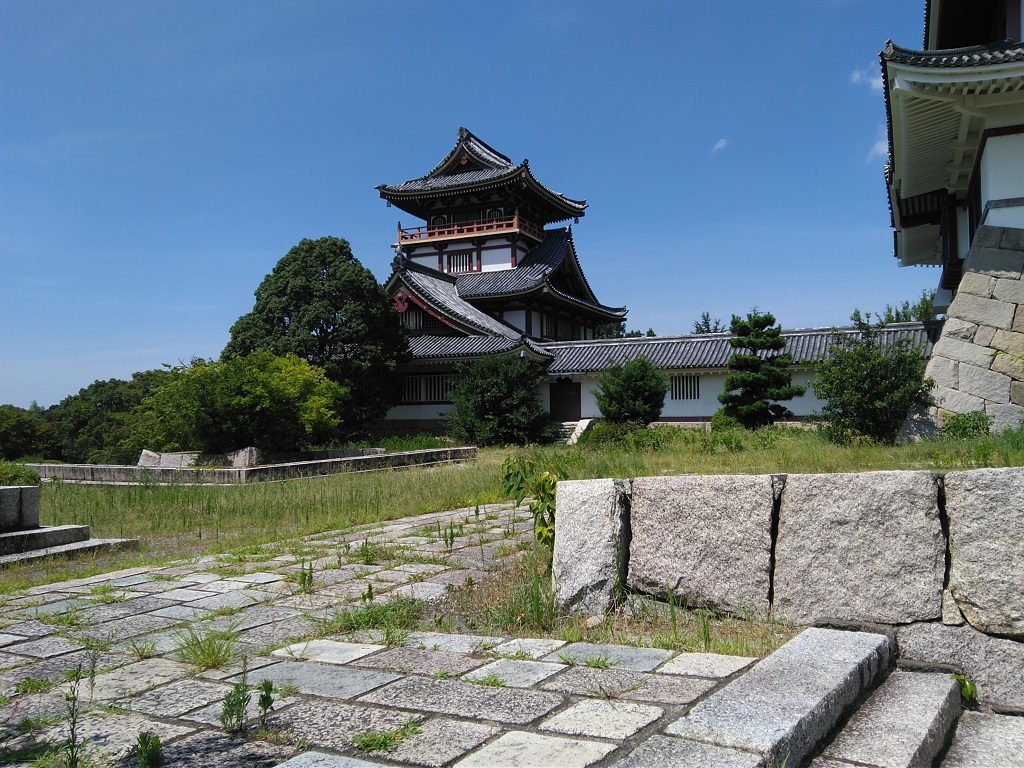 Don’t let this put you off though. Momoyama is a great example of Japanese feudal architecture, and nowhere else in the country can it be enjoyed in such peaceful isolation. 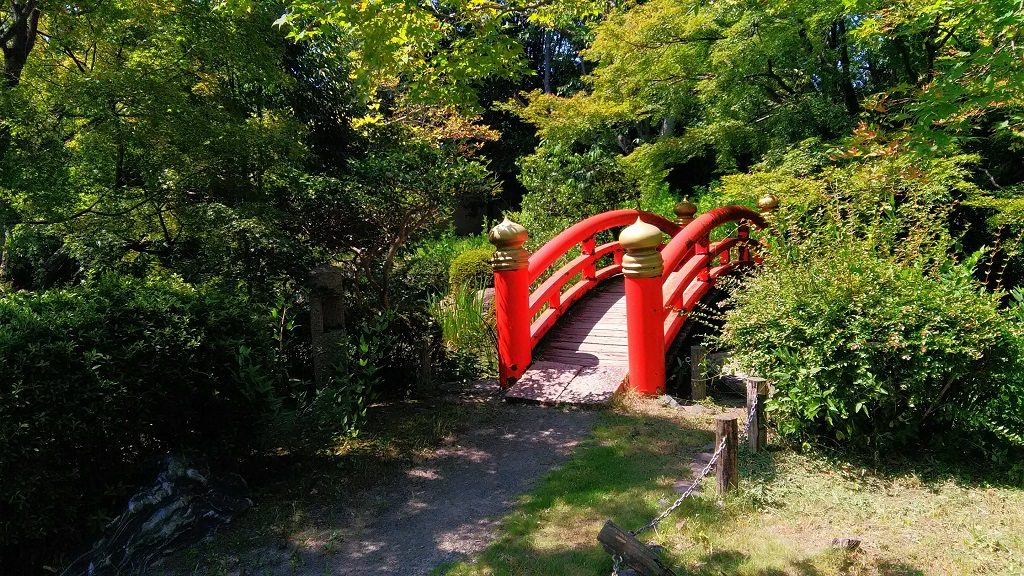 There are no crowds and no queues to spoil your appreciation of the castle, only the distant sounds of baseball from the nearby stadium. The surrounding grounds are also a lovely place to enjoy a picnic. Please go, give in to your imagination and daydream about what it would have been like to live in feudal Japan. Besides, if another strong earthquake strikes, Fushimi Momoyama is unlikely to be given another chance. Time really is running out for you to see it.

Thank you to Kyoto City Sports Association for their assistance with this article.