Heaven on earth, the beauty of Byodo-in

How much attention have you been paying to your money? (pun intended!) We use it everyday, and while you can probably readily say what is on each note and coin of your native currency, Japanese money seems to be in a bit of a void. Beyond the cherry blossom on a 100 yen coin, many people I asked (myself included) couldn’t really say what was on the other coins and bills.

For the record, here’s what’s on each:

2000 yen: The Shureimon Gate in Naha, Okinawa on the front and scenes from The Tale of Genji on the reverse. (This rarely seen note was issued to commemorate the millennium in 2000, but is not popular because it is a little inconvenient – it usually cannot be used in vending machines.)

Looking at all these images, we can see that nature plays a big part, with all coins showing images of flowers, except the 10 yen coin, which depicts Kyoto prefecture’s Byodo-in temple instead. This temple is also represented on the 10,000 yen note, which makes it not only the only building on the Japanese currency, but the only thing to be represented on two different coins or bills. So why is this temple in Uji City so special? 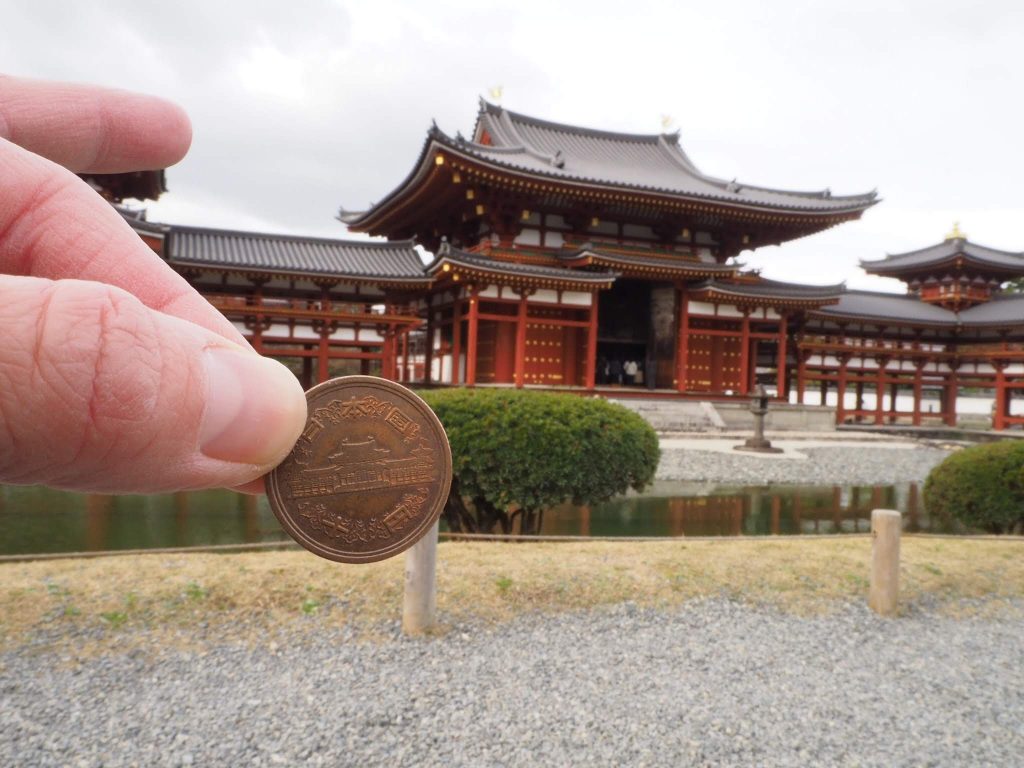 Well, if you ask the Japanese mint, the body responsible for designing and printing all of the country’s money, why Byodo-in is represented on the 10 yen coin, they will answer:

“There is no document from that time, and it is not clear why Byodo-in Phoenix Hall was selected”.

“I thought it would be wonderful if the legendary bird that brings happiness and joy to people could be distributed around the world on bills.”

Well, that is a much better reason, but somewhat disappointing in that it has nothing to do with the Byodo-in building itself. I think it’s time to go to the temple itself and get to the bottom of the picture choices.

According to staff at Byodo-in, the Phoenix hall was chosen because:

“It is a cultural property of Japan, and it is a characteristic building.”

This sounds like a much better reason than the mint could offer, but even then it is rather understated. Byodo-in is not simply an important building, but it is one of the sole surviving buildings from the Fujiwara Regency period (794–1185). It also boasts unique architecture that cannot be found anywhere else in the world (well, kind of. Read to the end to find out more).

From house to temple

The temple began life as a villa, owned by Fujiwara Yorimichi (794–1185), a noble who acted as Sessho (someone who rules in the place of a child emperor) and Kampaku (an emperor’s chief advisor) to three young Emperors. He inherited the villa in 1052, a year that Buddhists believed to be the beginning of the end of the world. Many nobles became devout buddhists during this time, and so Fujiwara converted his villa into a temple. By 1053, the Phoenix hall, shown on the current 10 yen coin and officially known as the Amida-Do, was completed. This building is the centerpiece of Byodo-in and is considered to be one of Japan’s most important buildings for several reasons. 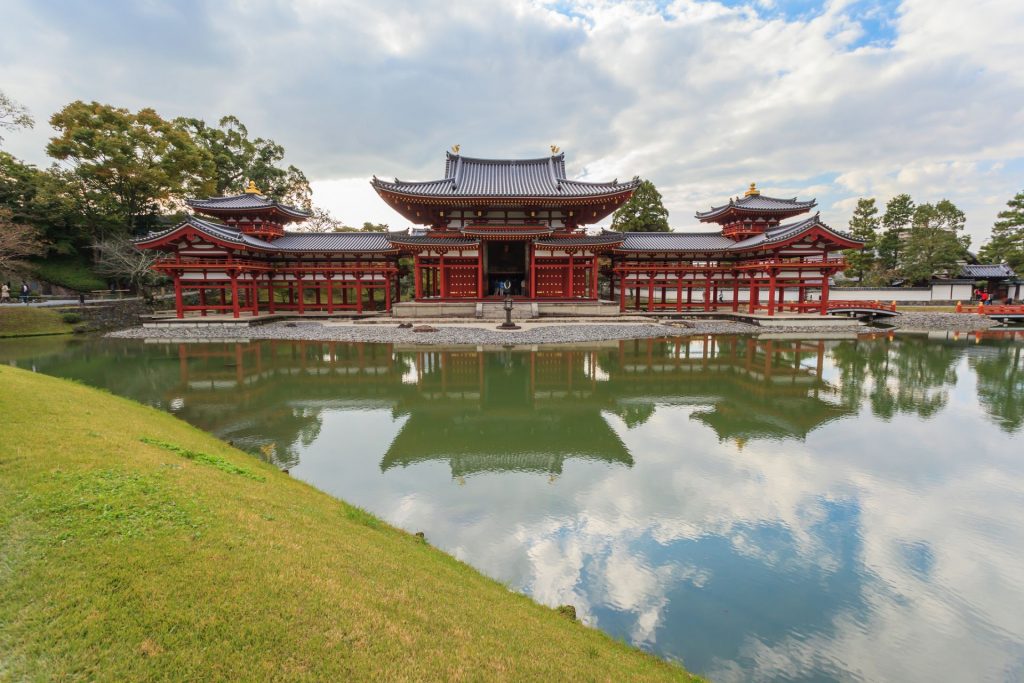 The Phoenix Hall reflected in all its glory - visit on a still day for better photos!

Firstly, the building’s survival is near miraculous and it is one of the only intact structures from the Heian Fujiwara period. While the rest of the temple complex has been destroyed by fires, earthquakes, clan wars, samurai battles (the first seppuku, or honourary suicide, is said to have occurred here and there is a small grave for Yorimasa Minamoto, the samurai in question.) and general decline through age, the Amida-Do is still just as glorious now as it was over a thousand years ago. Having been built using only wood (No nails!) its survival is all the more miraculous. 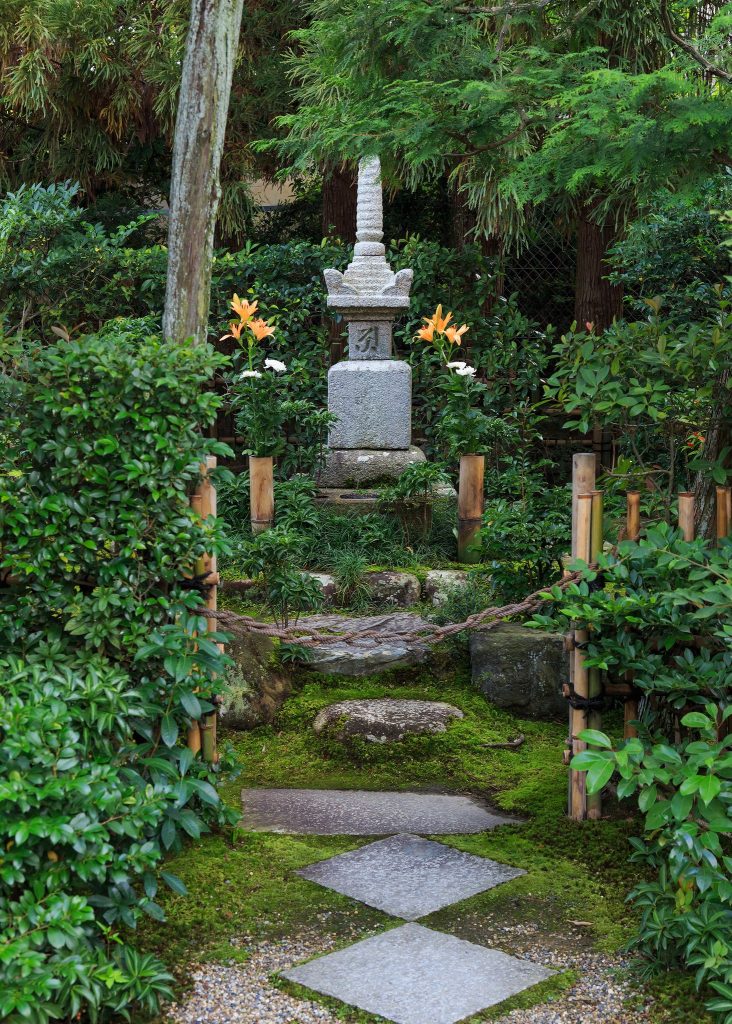 The grave of Yorimasa Minamoto

The Phoenix Hall’s unique architecture also makes it an important cultural asset for Japan. It is a great example of Buddhist pure land style, in which buildings mimic the ‘Pure Land’, a separate realm of incredible beauty inhabited by gods and buddhas that can only be entered once enlightenment has been reached. The Phoenix hall is built in the middle of a pond and with its reflection on the water, is said to look like a floating Pure Land palace on a treasure pond, invoking strong feelings for devout buddhists like Fujiwara himself. The Phoenix hall’s architecture has also been likened to a bird spreading its wings, possibly relating to the idea that rare birds such as phoenixs also call the Pure Land their home. Golden phoenix statues may also be found on the wings of the building, but these are modern reconstructions, with the originals located in the Byodo Museum. 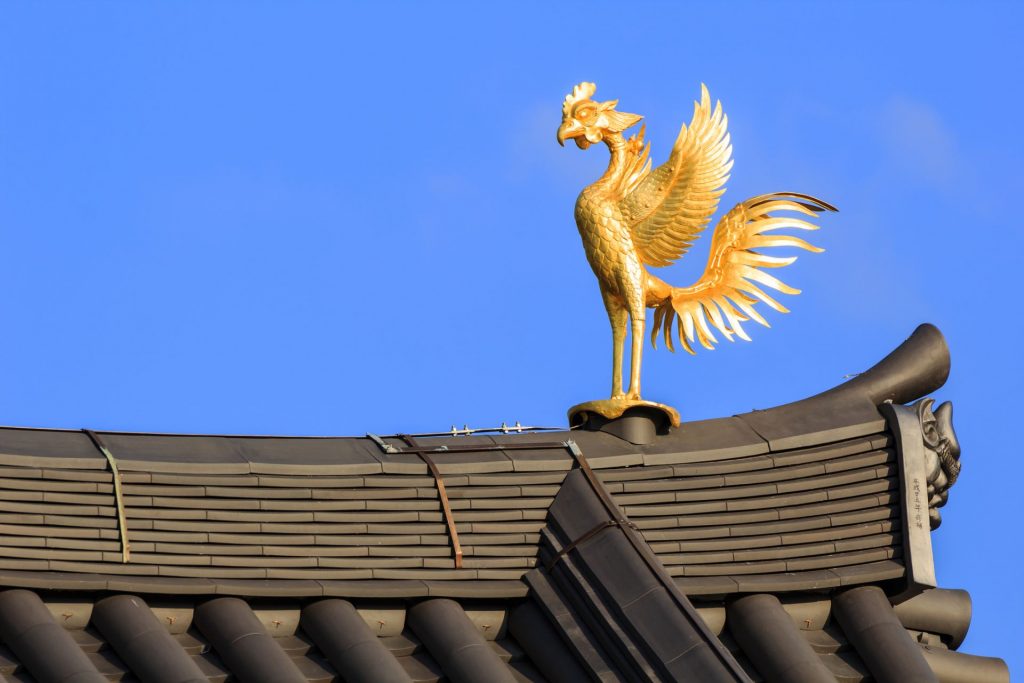 A modern reconstruction of the phoenix shown on a 10,000 yen bill.

Other architectural features of the Hall add to its beauty but can be hard to see from across the pond, so waiting in line to see the temple up close is recommended. A 2.4 metre tall Buddha sits in the centre of the building, but if the doors are closed it is hidden from site. On the wooden beams, decorated with Hosoge flowers, sit another 52 statues of buddhist saints in the middle of a service in heaven. 66 bronze mirrors also hang from the building, and in the past they would have reflected candle light from below, creating a beautiful scene once again summoning images of the Pure Land. It is written in the Heian era book, ‘Second Imperial Court records of People Reborn in Paradise’, that “if you are suspicious about the existence of [the Pure Land], pray at the Temple in Uji”. In its heyday, Byodo-in really would have been seen as Nirvana on Earth.

While the Phoenix Hall claims most of the attention at Byodo-in, there are other noteworthy buildings in the complex as well. The Hoshokan Museum charts 1000 years of Byodo-in’s history and houses many beautiful statues such as the original phoenixes from the Hall. Unfortunately photography is forbidden inside the museum, so I can’t show anything here, but trust me, it is well worth a visit to see many beautiful statues and works of buddhist art.

Other sub temples and tea rooms at Byodo-in will also flesh out your visit, so allowing yourself a good few hours to explore, relax and appreciate everything is recommended. Bear in mind that not all buildings in the complex are open to the public. 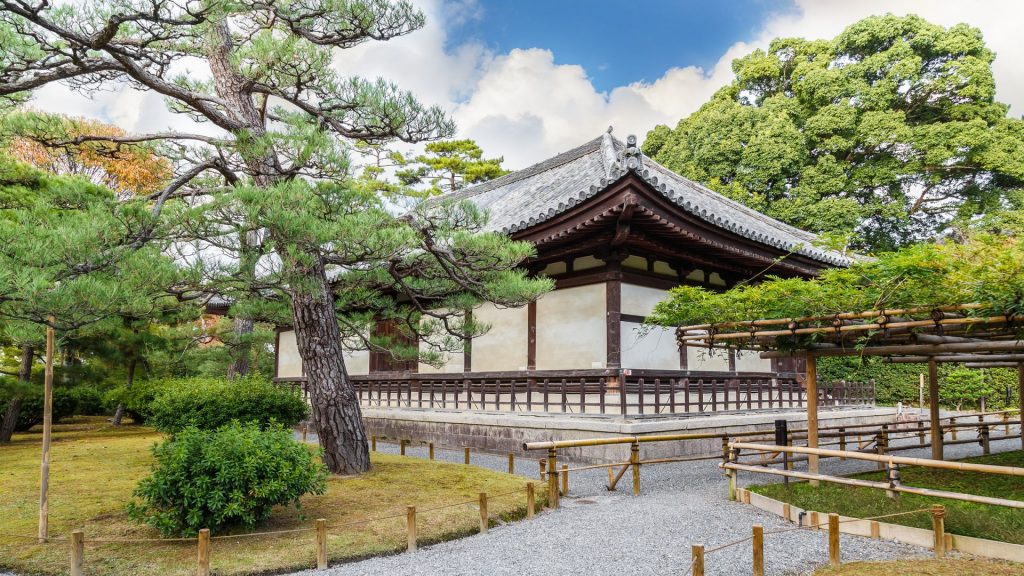 The Kannon-do Hall, not currently open to the public.

So good they made two

While the Japanese mint and Byodo-in itself give rather understated reasons as to why the phoenix hall is the only building, and the only thing represented on not one but two of Japan’s notes and coins, seeing its beauty first hand will reveal all. Speaking of not one but two, it was also very surprising to hear that there is not one, but two Byodo-ins. The original in Uji, Kyoto, and then a second one in…Hawaii..? Built in 1968, this concrete copy looks exactly like the wooden original, and was constructed to commemorate the arrival of Japanese migrants and culture to Hawaii over 100 years ago. 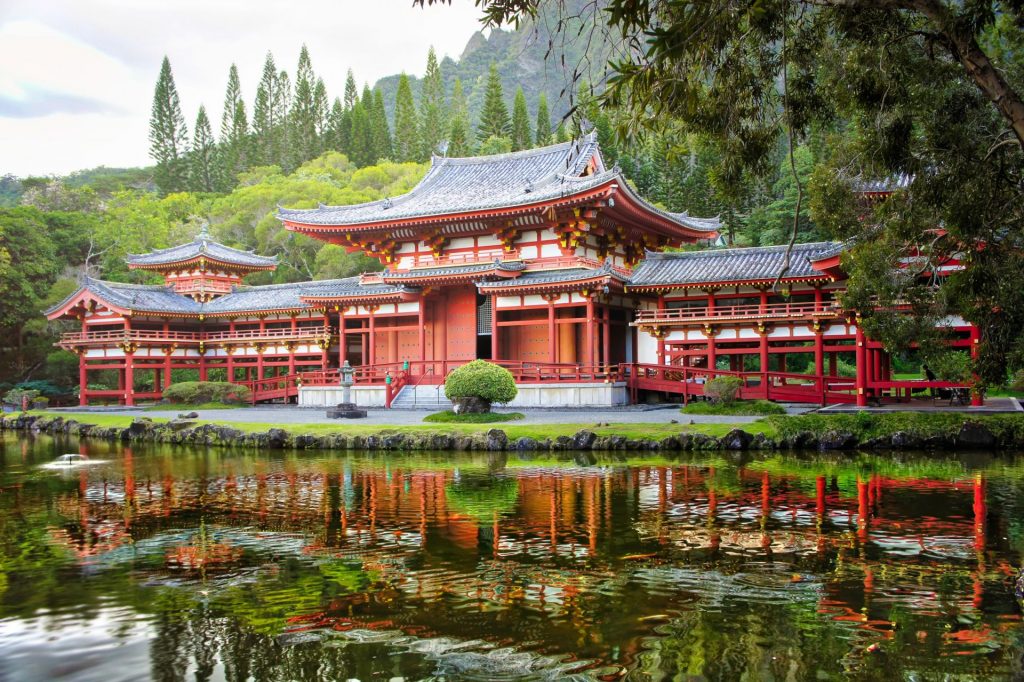 Not quite so unique afterall, The Byodo-in copy in Hawaii.(Photo by Nenad Spasojevic on Unsplash.com)

It really does say a lot for Byodo-in that it was chosen above Japan’s other 80,000 (almost) temples to represent the country’s culture in Hawaii, and this should give yet another reason for you to visit.